A bottled water hawker, Ekuma Jeremiah, has explained why he gave out money to some inmates stuck in traffic in the Ajah area of Lagos state.

Jeremiah’s gesture expressed in the seven-second viral video earned him a widespread commendation from many Nigerians who applauded him for his love and generosity. 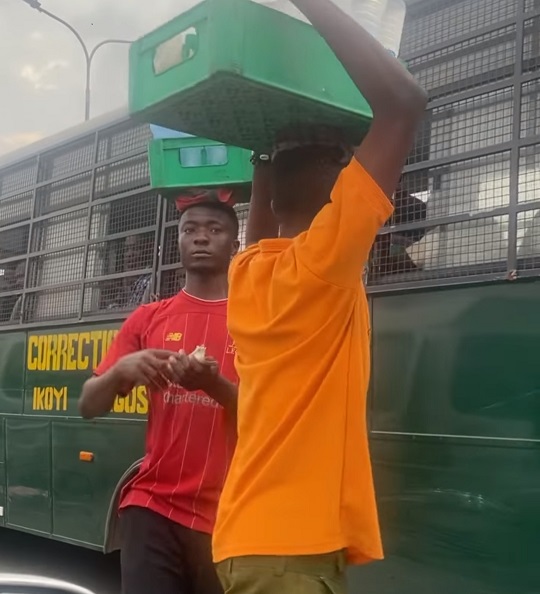 The hawker has received donations of over N300,000 as of Saturday with many applauding his generosity despite his condition.

According to The Nation, Jeremiah during an in an interview said that he was motivated by pity to give the inmates money.

“I was not inspired by anyone. I gave the inmates money out of pity. I didn’t do that because I’ve been to a police station… since I was born, I have not been detained in a police station.

“Though I am very poor and sell bottled water, I still have my freedom, I can eat whatever I want to eat and go anywhere I want to go, but the prisoners do not have that freedom.

“They are being denied of many things. They cannot make a choice of what to eat, they take whatever is given to them. Sometimes when they crave to sleep, they would be denied but I can sleep whenever I’m tired.

“So, immediately I saw them, I was touched. I gave the first person N100 then others started begging me for help, so I decided to also give them. Basically, it was due to pity.”