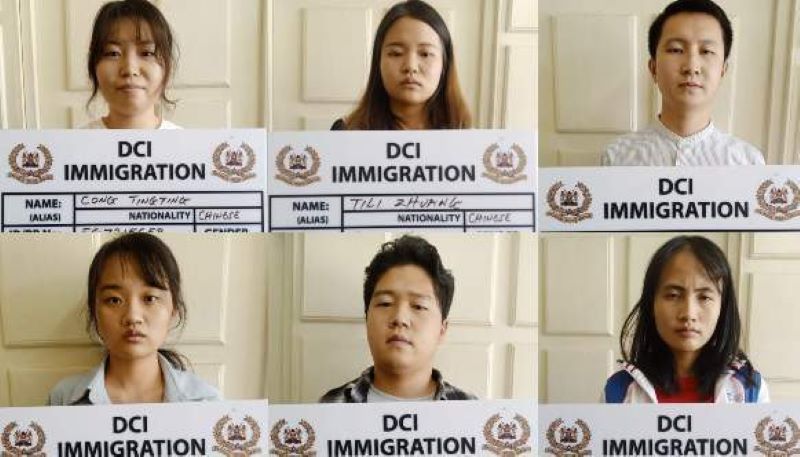 Six Chinese nationals have been arrested by the police for lack of work permits in Imara Daima, Nairobi county of Kenya.

The arrest of the six suspects which include four women and two men follows joint efforts by a multi-agency team comprising of both the police and immigration department officers.

Investigations into their activities in the country has commenced and they will be arraigned in court on Monday, January 17.

WITHIN NIGERIA recalls that a Chinese man identified as “Soldier” was saved from being lynched by residents of Kwahu Apradang in the Eastern region of Ghana after he allegedly shot an eight-year-old boy.

The incident reportedly occurred on Wednesday, Jan. 12, while the victim, identified as Kwasi Mireku, was playing with his friends.