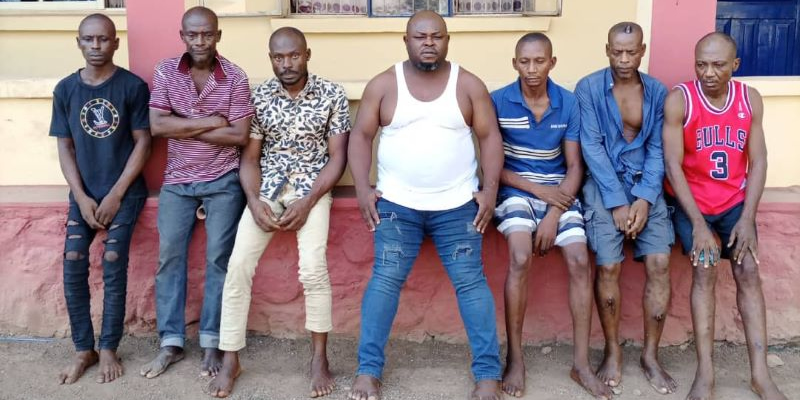 Seven members of an armed robbery syndicate that includes two dismissed police officers who specialize in hijacking trucks loaded with companies’ goods along the Sagamu-Ijebu-Ode expressway have been arrested by the police in Ogun state.

The State Police Public Relations Officer, DSP Abimbola Oyeyemi, who made this known in a statement said the suspected robbers overpowered the driver and motor-boy after which they took them to the bush , tied them before taking the truck away.

Oyeyemi added that the suspects were caught along the Ijebu-Ode road recently following a distress call received by the state police command, which spurred the security operatives into giving the robbers a spirited chase. 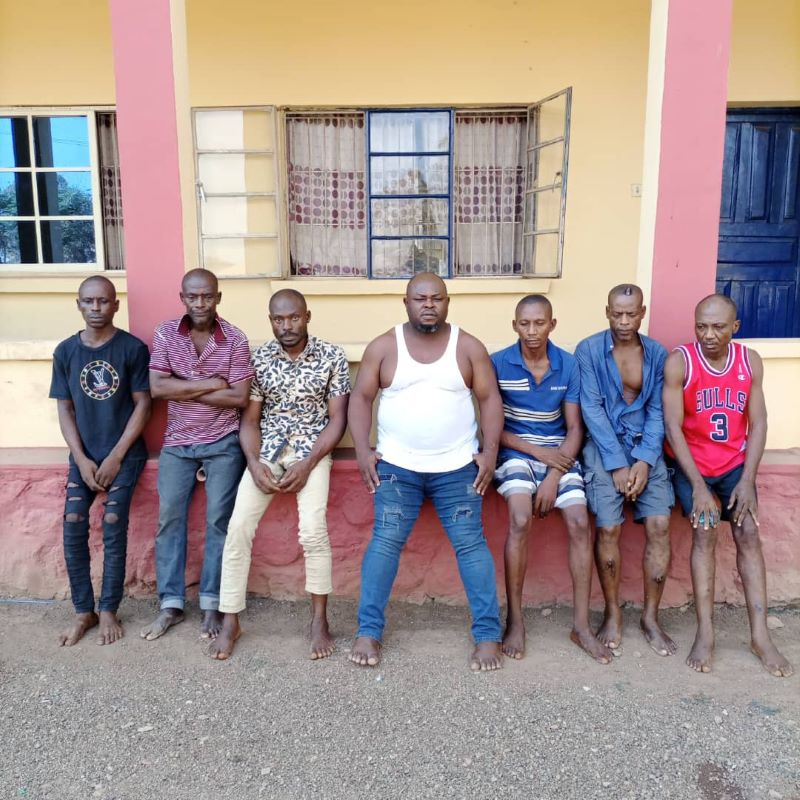 The statement read in part; “The suspects, Onyegbuchi Nwafor, Idakole Benjamin, Ibrahim Musa, Abolade Shola, Ikem Ejimofor, Adebayo Jamiu and Ayeye Edwin were arrested following a distress call received at Odogbolu divisional headquarters on the 8th of December, 2021, at about 3:00 am that a gang of armed robbers had blocked the expressway and hijacked a truck loaded with blue band products of Unilever Nigeria ltd.

“The robbers, overpowered the driver and motor-boy, took them to the bush and tied them down there before taking away the truck.

“On the strength of the distress call, the DPO Odogbolu division, SP Awoniyi Adekunle, quickly led his patrol team to the scene, but the hoodlums had moved away from there before their arrival. They started tracing the hoodlums based on the description of the hijacked truck. Their efforts paid-off when the truck was sighted at Nairaland area of the expressway moving towards Ijebu-Ode road.

“They were given hot chase and three amongst the hoodlums namely. Musa Ibrahim ‘m’, Shola Abolade ‘m’ and Edwin Ayeye were arrested, while others escaped in a Honda space wagon car.

“In the morning of the same day, the escaped one’s contacted a lawyer and informed him that police had unlawfully arrested some of their friends. They engaged the service of the lawyer to solicit for their release from police custody. On getting to the office of the DPO, the lawyer was told to produce those briefed him about the case before those in police custody can be released.

“The lawyer there and then called them to come as the case is about to be settled. The duo of Nwafor Onyebuchi and Idakole Benjamin who was later identified as dismissed police sergeant then came around and they were subsequently arrested by the DPO and his men.”