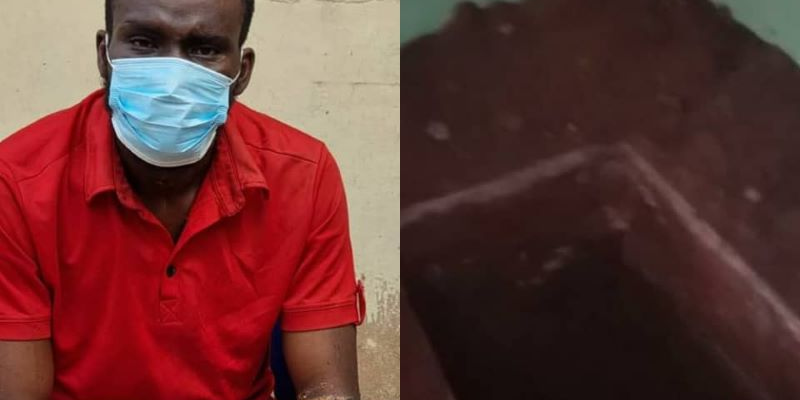 Operatives of the Imo State Police Command have arrested one Francis Chukwura, for allegedly attempting to kill his neighbour’s son for ritual purposes in Ubommiri in Mbaitoli LGA of the state.

The State Police spokesperson, CSP Michael Abattam, who made this in a statement said that on January 6, the 38-year-old suspect who is a native of Umuiem in Onitsha North LGA of Anambra State, lured his neighbour’s 14-year-old son, Henry Ekwos into his room to help install WhatsApp application for him in his phone.

According to Abattam, the unsuspecting boy followed him into his room without knowing that has already dug a grave-size pit. But the moment, the boy sighted the grave-size pit in the room, he became suspicious and turned to run out. 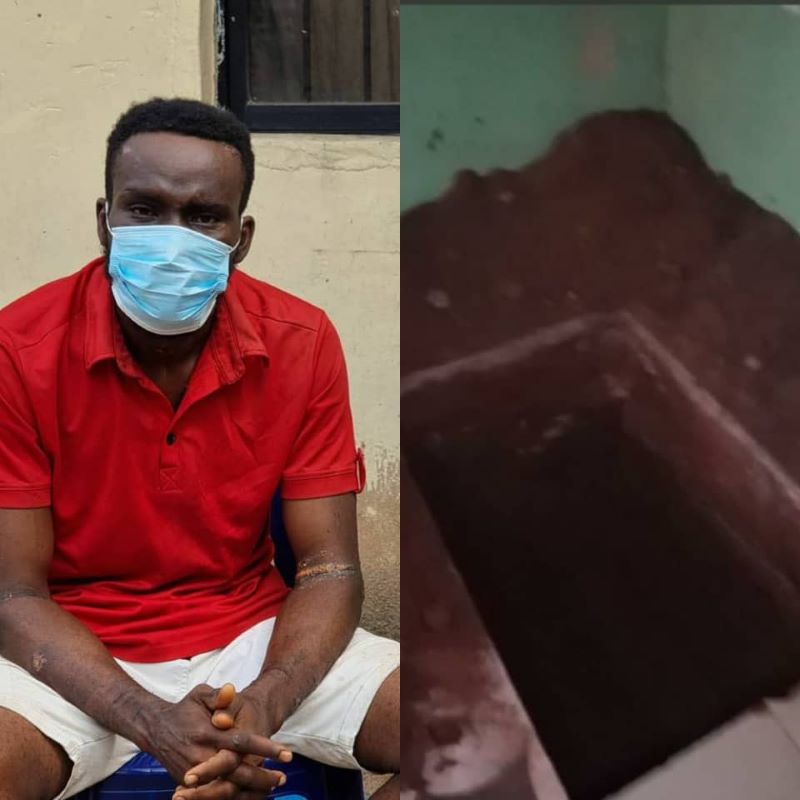 Chukwura picked up a machete and gave him several machete cuts on his head and body but, the young boy did not stop running and screaming for help. Luckily, passers-by who heard his scream, immediately alerted the police patrol team within the area.

On arrival at the scene, the police operatives were able to disarmed the assailant, rescued the victim with the assistance of some members of the community. The teenager was immediately rushed to a nearby government hospital for urgent medical attention while, Chukwura was taken to the station.

“On interrogation, the suspect, a dismissed staff of Federal Medical Center (FMC) and presently has no visible means of livelyhood, in his statement could not give a reasonable reason why he attempted to kill the victim and for what purpose. On the excavated grave-size pit he dug in his room, he said the wife was aware and it was done to hurt his landlord for giving him quit notice.

“Consequent upon the suspect’s claim , the wife, Ezinne Anyanwu ‘f’ aged 32 years, a native of Ikeduru in Ikeduru LGA of Imo State, was arrested. On interrogation, she claimed to have three children for the suspect out of wedlock . That the landlord did not give them quit notice, but they are owing rent for some months. She claimed, he is fond of beating her and saying that, “she is bad luck to him”.

“She further stated that, on the 5th of January, 2022, she came back in the night from her hawking business, surprised to see the already dug grave-size pit in their room. And when she asked him about it, he said, “he is looking for the dollars he buried in the ground”.

“That she became suspicious and afraid, that he might have planned to use one of her children for ritual hence, she held on to her three children without sleeping till the next day. In the morning of January 6, he drove her and their children away. She left for her brother’s house and narrated her ordeal to him. That it was in the evening of that day, she received a phone call that, her husband has been arrested for attempting to kill a young boy for money ritual .

“The victim is in the intensive care unit of a reputable government hospital and he is responding to treatment. However, investigation is ongoing and as soon as it is concluded, the suspect will be charged to court.”

The police spokesperson added that the command is using this medium to appeal to parents/guardians to be wary of the pedigree of the persons living within their neighborhood, especially, when they create undue familiarity with their children/wards. More so, they should report any persons they reasonably suspect do not have visible means of lively hood and lives a life of opulence to the nearest police station or call the command’s emergency numbers 08034773600 or 08098880197.