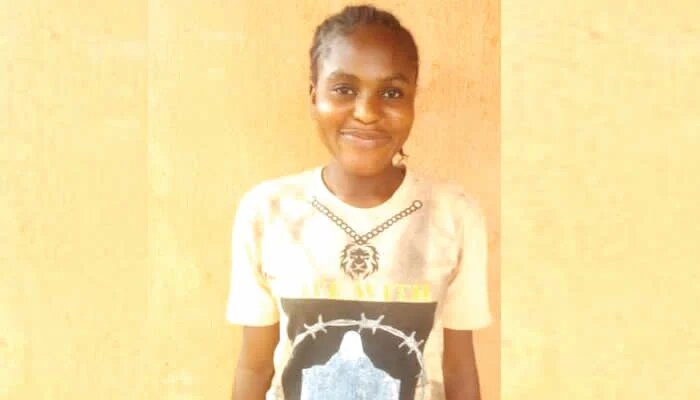 25-year-old domestic worker, identified only as Blessing, absconded after allegedly stealing money and jewellery valued at over N13.9m from her boss’ residence in the Victoria Island area of Lagos State a week after resumption.

According to PUNCH, Blessing’s boss, Pearl Ogbulu, said the Cross River State indigene had remained incommunicado since the incident happened.

An agent, Joshua Amaha, was said to have introduced Blessing to Ogbulu, who was not at home on the day the domestic worker visited her residence for an interview.

Ogbulu said her parents, who lived with her, took Blessing in, adding that during the interview with the domestic worker the following day, she (Ogbulu) informed her that she would undergo a test and registration at a police station.

She said plans were underway for the test and registration when Blessing took advantage of her absence to steal her property.

Ogbulu said, “Her name could be an alias, but she identified herself as Blessing. She also mentioned that her name was Ihi, from Cross River State. She is 25 years old and has a one-year-old child. She started working with me around 8.30pm last Sunday.

“The agent told me she would come on Saturday for an interview, but I didn’t see her. Only for the agent to tell me she was already on her way that Sunday and when she didn’t arrive early, I went out. I returned around 1.30am and was about to go to work the next day when I interviewed her and told her about the test and registration.

“January 13 was my brother’s birthday and Blessing was standing on the third floor when I went into my room to bring out two envelopes containing N500,000 and N200,000. I gave my brother N50,000, and also gave him and my mother $100 each. I kept the remaining money inside my room.”

Ogbulu said she went for a party the following Sunday.

“When I returned from the party, I entered the compound and called my dad to open the door. But when he came down to open it, he said the door was not locked. My dad quickly searched Blessing’s room and said she had packed all her things and fled.

“The security guard said he didn’t see her leaving. I knew I locked my room, but I was surprised when I saw the door open. I went straight to where I kept my money and realised that the envelopes containing the naira notes were gone. She stole two wristwatches, one of which cost $5,500; my daughter’s earrings valued at $3300. She also took $5000, 300 pounds and N200,000. She took all my jewellery worth over $10,000.”

The businesswoman said the agent gave him Blessing’s brother’s number and her address in Ikorodu, adding that the number was unreachable and the address was nowhere to be found.

She added, “I asked for Blessing’s brother’s number and address in Ikorodu and the agent said the place was in Ijede. He gave me her brother’s number, which did not go through, but Truecaller brought out a name, Elebe.

“We parked my vehicle at the NNPC Filling Station along Ijede Road and took a tricycle to scan the whole area looking for the address, but found no place like that. The tricycle operator charged me N7,500.

“I called the agent and he said he was not coming to help us. He said the same thing had happened before and that the madam arrested him and he suffered for days in police custody. I reported the case to the IRT and DSS.

PUNCH reports that efforts to hear from Joshua proved abortive as calls to his number did not connect.

The Commander, Police Intelligence Response Team, Tunji Disu, said, “I am yet to receive an official complaint on the matter.”