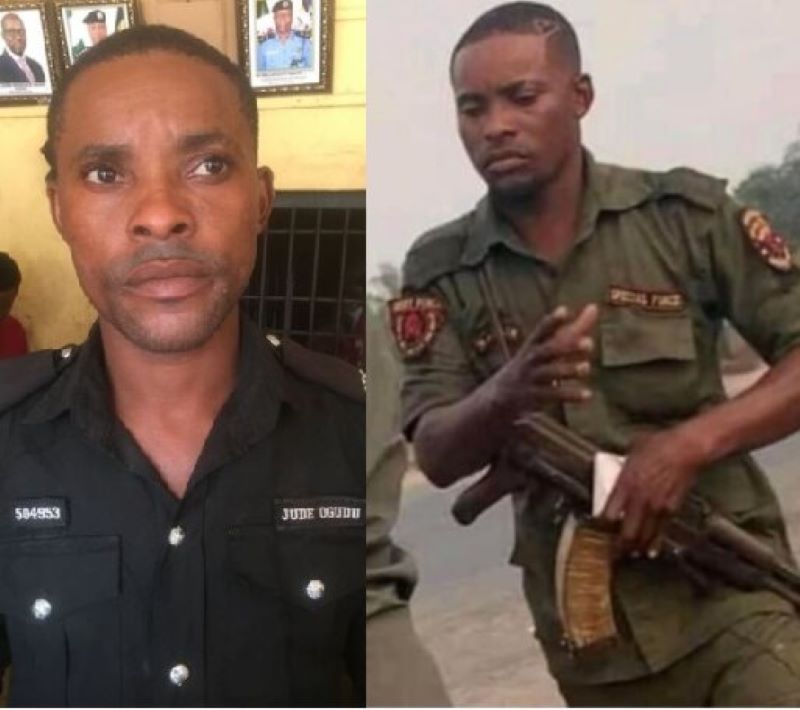 The Edo State Police Command has arrested officer who assaulted travelers and shot in their direction in a video that went viral two days ago.

The police officer identified as Jude Ogudu and his team members were arrested following outrage from Nigerians.

The Nigerian Police Force confirmed the arrest in a statement on Facebook, alongside a photo of the trigger-happy police officer being paraded. 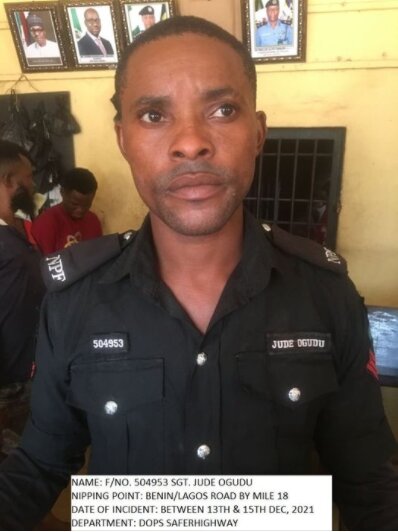 The police said the incident happened in December 2021. However, it took the video going viral for the officer to be arrested in January 2022.

Ogudu and his team members who were present during the incident are currently being held in the detention facilities of the State CID.

The case is being investigated by the X-squad unit of the Command. 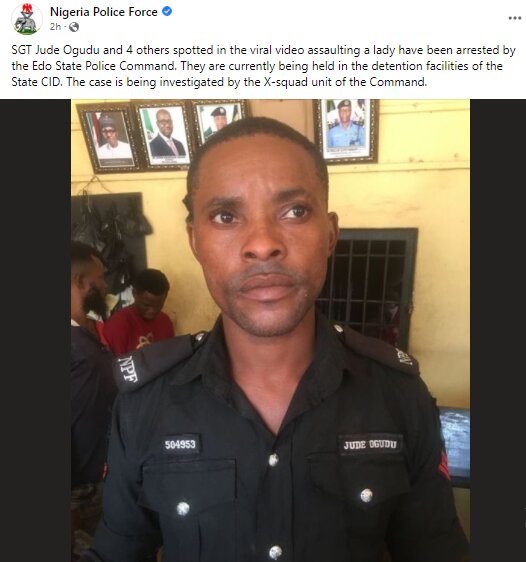