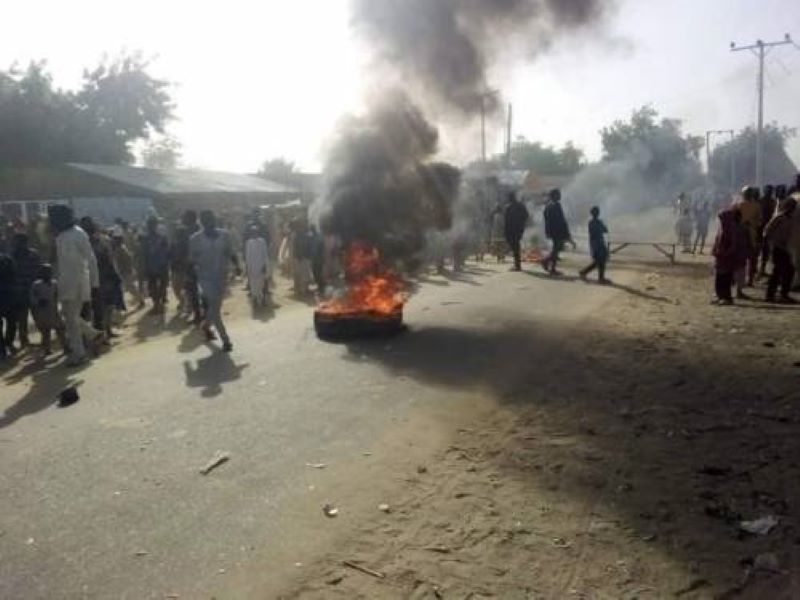 A yet-to-be-identified policeman allegedly killed a young boy over N20 sachet water in the Kabba area of Kogi State.

According to Daily Post, the death of the boy led to a wide protest on Saturday morning in Kabba town by angry youths in the area.

The protesters were said to have barricaded the police station in Kabba, chanting war songs as law enforcement agents made efforts to dispel the gathering with firing of tear gas.

Eyewitness account revealed that the boy was alleged to have taken a sachet of water belonging to the policeman from his car to drink when he was killed.

Kogi State Commissioner of Police, Edward Egbuka, confirmed the incident, however, said a preliminary report revealed that the accused officer only tried to defend himself when he had an altercation with the victim.

The State Commissioner of Police has assured that he will carry out an investigation to determine the cause of the killing.