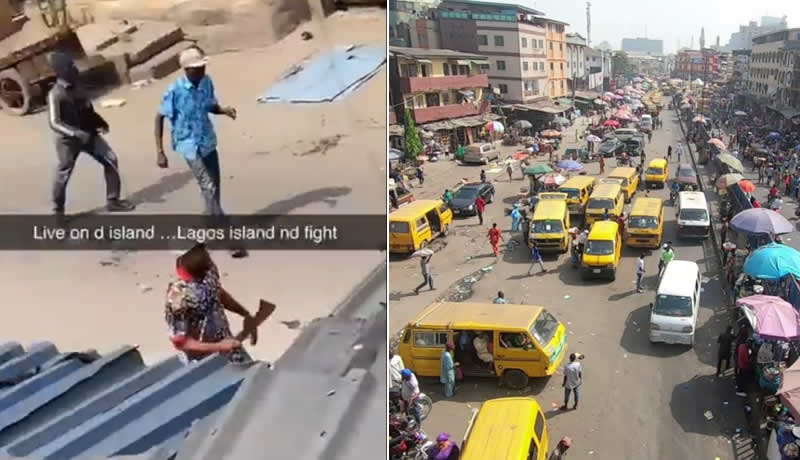 The Lagos State Police Command has arrested some suspects involved in the bloody clash between rival hoodlums in the Idumota and Oke Arin areas of the state.

The state Police Public Relations Officer, CSP Adekunle Ajisebutu, who disclosed this said normalcy had been restored following a massive deployment of policemen in the areas.

He said, “Normalcy has since been restored following a massive deployment of policemen to the scene. Some arrests have also been made. Investigation has commenced.”

WITHIN NIGERIA had reported that the incident began on Thursday night and spread to Friday morning, with hoodlums seen with dangerous weapons, such as cutlasses, guns, fighting themselves.

Some people have been feared killed in the gun-battle. Areas such as Idumota, Kosoko, Oluwole, Martins and Balogun were deserted as street urchins engaged in bloody clash.

Footages on Twitter showed residents running helter and skelter, with sporadic gunshots heard. Hoodlums with cutlasses were also seen in the footages.