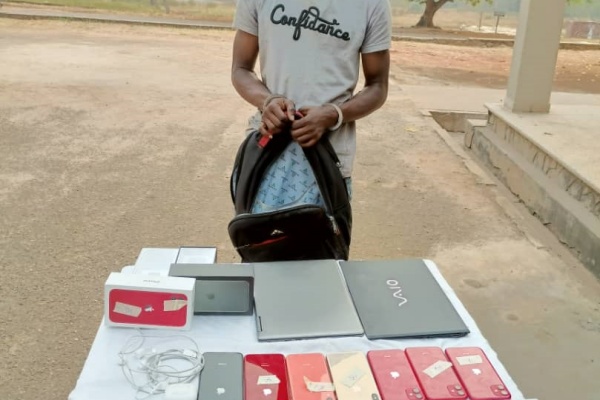 The Oyo State Police Command, on Tuesday, said a 23-year-old suspected burglar has been arrested.

The suspect identified as Awoola Tobi, was arrested in Ibadan, the state capital.

The arrest of the suspect, according to a statement made available to newsmen, was due to information received by the command.

The Public Relations Officer of the command, Adewale Osifeso, in a statement, said that the suspect was apprehended on Saturday, January 22.

He added that items recovered from the suspect included: 16 i-Phone mobile phones, a white earpiece, one unbranded white-coloured earpod, a Sony Vio laptop, one Dell laptop and a black shuttle bag. 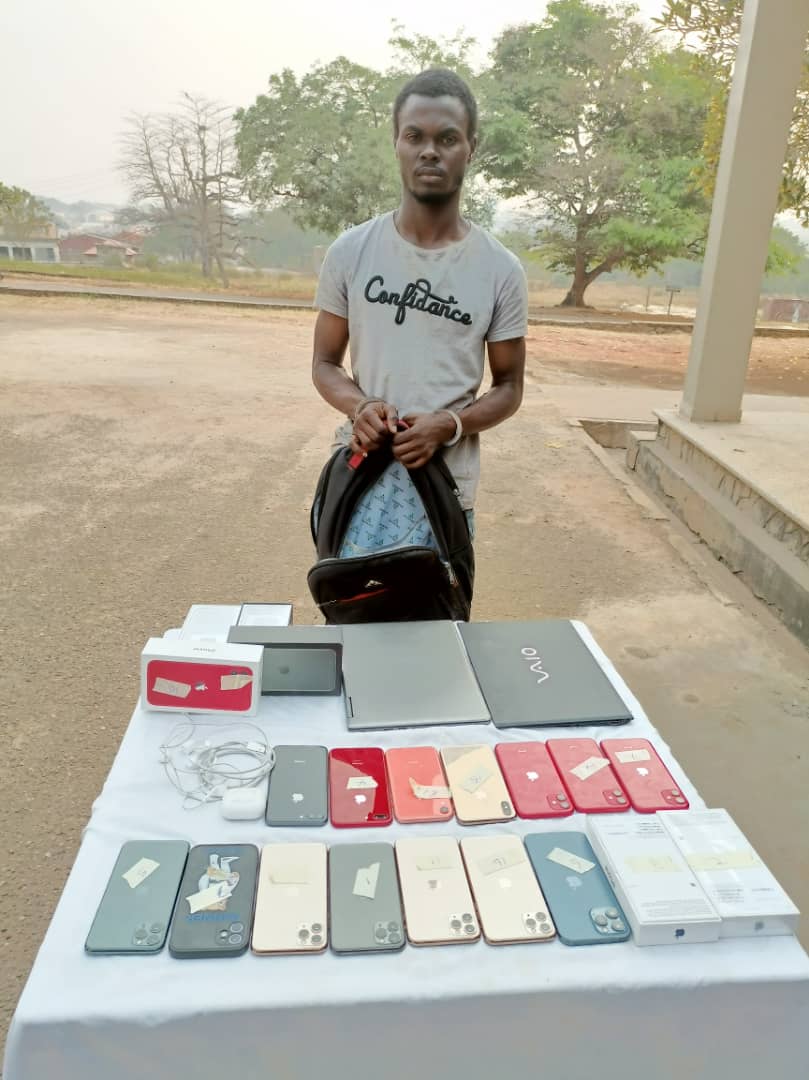 The command spokesperson further explained that the suspect was arrested in connection with a case of burglary and stealing, which occurred on Thursday December 28, 2021, at Challenge area of Ibadan.

Osifeso added that mobile phones and accessories worth two million naira were allegedly stolen during the robbery operation, which occurred in the area last year.

He said that the suspect was arrested by the police as part of their efforts to continue riding the state of unscrupulous elements.

“In a conscious effort to continue riding Oyo State of unscrupulous and sinister-minded elements, operatives attached to Felele Divisional Headquarters of Oyo State Command, on Saturday, January 22, 2022, apprehended one Awoola Tobi ‘m’, 23 of Oleyo Ayegun Road Ibadan, a habitual burglar in connection with a case of burglary and stealing, which occurred at about 2000hrs on Thursday, December 28, 2021, at Choice Plaza, Challenge area of Ibadan, where mobile phones and accessories to the tune of about two million naira were allegedly stolen.

“However, as a result of painstaking and diligent investigations, through the swift deployment of intelligence and tactical assets, the suspect, one Awoola Tobi ‘m’ was tracked and apprehended in possession of the following items which were hitherto reported stolen.

“These recovered items include; 16, i-Phone mobile phones, a white earpiece, one unbranded white coloured earpod, a Sony Vio laptop, one Dell laptop and a black shuttle bag,” the statement added.