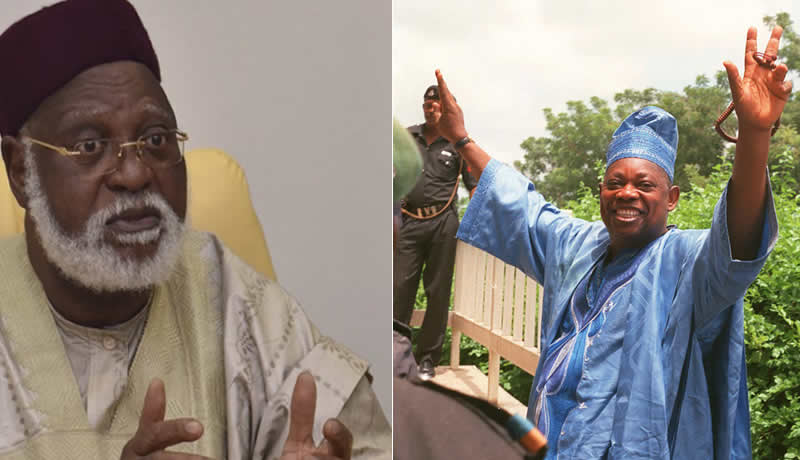 The family of late Chief MKO Abiola has lambasted a former Head of State, General Abdulsalami Abubakar (rtd), over his claims on how the acclaimed winner of the June 12, 1993 presidential election died while in detention in 1998.

WITHIN NIGERIA recalls that Abdulsalami had in an interview with Trust TV claimed that Abiola fell ill and died during meeting with American delegation while in detention in 1998,contrary to the popular reports that he was poisoned.

Jamiu, one of the children of Abiola, said the former head of state denied their father proper medical attention, hence his death.

He said, “This incident happened over 24 years ago. Gen Abdulsalami is much older. I used to think that age would come with more honesty, but this is obviously not the case here.”

“He (Abdulsalami) said that unlike late Gen Sani Abacha, he made arrangements for the family of my father to see him. Can anyone first of all ask him why it took almost a month for any family member to see him? Other political prisoners were being released all along but yet a visit was too much to ask for.

“When we speak of death, one can be liable in two ways. If you kill a person directly like in the case of my mother who, as you know, was shot by Sergeant Rogers acting on behalf of the then military government. Or if you kill someone indirectly by allowing the person to die as in the case of my father during Gen Abdulsalami.”

Recall that Kudirat, one of the wives of late Abiola, was killed on June 4, 1996, by assassins suspected to be military.

Jamiu further said, “Trying to pin down my father’s death on poison would be a waste of time since there was an autopsy report and it did not state poison as the cause of his death even though there is still a possibility.

“But my father did have heart problems and the head of state knew that. The general public knew. Even those who saw him the night before his death said he was not well; so why was he not given proper medical attention?”

Reacting to Abdulsalami’s statement that God’s guidance helped him to handle the tense situation , he said, “God provides guidance to those who seek it, but those who do not will be guided by the devil. In this case, the general was not being guided by God’s guidance.

“If he was being guided by God, why did he allow the then UN Secretary General, Kofi Anan, to see my father before any family member? Did my father even know who Kofi Anan was?

“My mother had been murdered in cold blood; would it not have been the priority of a head of state being guided by God to allow her children see their father after such a tragic loss? We were never allowed to see him.

“Gen Abdulsalami was more interested in getting diplomats to talk to my father and persuade him to relinquish his mandate so that he (Abdulsalami) could enjoy a more legitimate stay in power.

“This world might be a circus to the former head of state, but let’s see what the hereafter has in store for him.”