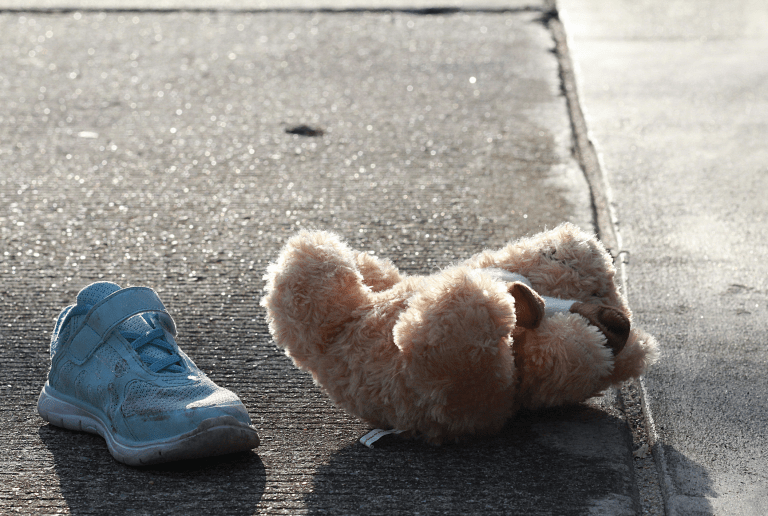 Mutmaina Azeez, a 3-year-old child, was taken from her parents’ home in Ilorin, the Kwara State capital, by an unknown lady.

The victim’s father, Azeez Ahmed, told reporters on Wednesday that the incident occurred at their home in Ilorin’s Aiyetoro neighborhood in Zango-Kulende Quarters at around 4.30 p.m. on Monday.

“I received a call from my wife that she has been looking for my daughter and that she is nowhere to be found.

“After that, I called her back and someone picked up the call that they were looking for her, that my wife went out to repair the school bag of our daughter, saying she left the children in the house and will be back soon.”

Azeez, however, explained that while the wife was out to collect the school bag, an unidentified woman sneaked into their house to lure the children to follow her to a party.

He said on their way, some people who knew the girls queried where they were going, but the unknown lady cleverly told the elder sister of the abducted girl to go back to the house and call the remaining children for the said party.

People in the neighbourhood noticed that the unknown lady had been in the area for several minutes before the incident.

“For three days now, she is nowhere to be found and we have not received any call from the abductors demanding for any ransom whatsoever,” the disturbed father lamented.

“I actually told her (my wife) to return the school bag to the child on Sunday, because I travel a lot. I am not based in Ilorin and she went to collect the bag from the repairer for use the following day.”

On the possible identity of the lady, Azeez said the elder sister of the abducted girl, Marydia, who is about seven years, described the unknown lady as wearing a face cap and fair-complexioned between 18-20 years old.

He said the matter had been reported to the state police command headquarters in Ilorin, the ‘E’ Police Division, Kulende and the headquarters of the Department of the State Services, DSS.

Azeez appealed to the state government and security agencies in the state to double their efforts in protecting lives of citizens, describing the present insecurity in the state and country as absurd.

“What we are seeing in the Kwara State presently is absurd. I only hear this kind of incidents, I am just feeling it now that it is happening to me.”

He commended the security agencies where he reported the matter to, saying they showed they are ready for action, but “all I want is my daughter to be rescued.”