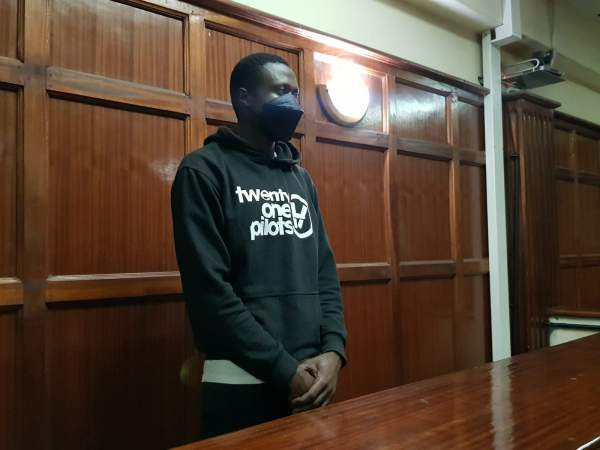 A Nairobi Chief Magistrate, Wendy Micheni, has ordered a cook, identified as Alex Opicho Wafula at Upper Hill Day Nursery School to be remanded in in custody till February 10, 2022 for allegedly defiling a four-year-old girl in Kenya.

The 28-year-old suspect allegedly forced his manhood into the minor on Wednesday, January 26, 2022.

Court documents revealed that the incident came to light after the victim’s mother noticed blood on the minor’s uniform after school. This prompted her to undress and interrogate the four-year-old girl who was in tears. That is when she noticed that her daughter had been defiled.

The report read; “She called her husband who came home and took the child to Capital Hill Police Station. The investigating officer then advised them to take the child to a hospital for treatment.”

The following day, the investigating officer accompanied by the mother of the victim went to the Upper hill Nursery school in order to unravel what had transpired.

Upon arriving the school, the investigating officer asked the minor to take them to where the incident happened.

The report added; “It was at the school where the victim led them to a composite pit at the compound just behind the classes where the incident happened.”

The officers subsequently conducted an identification parade at the school. The school had only three males, two teachers and a cook, all of them were paraded and the victim positively identified the cook, Wafula as the perpetrator of the heinous act.

Wafula, however, pleaded not guilty to the charges against him before Magistrate Micheni.

The victim’s lawyer strongly objected to the release of the accused on bail, claiming that he was positively identified by the minor during a parade at the school hence a likelihood of interference of witnesses if released.

The lawyer said; “Your honour it is a sad incident that this happened to the victim at the school compound. If the suspect is released on bail there is the likelihood that he will go back to the said school and interfere with witnesses.”

The prosecution also asked the court to deny the accused bail pending a medical report which is yet to be filed before the court.