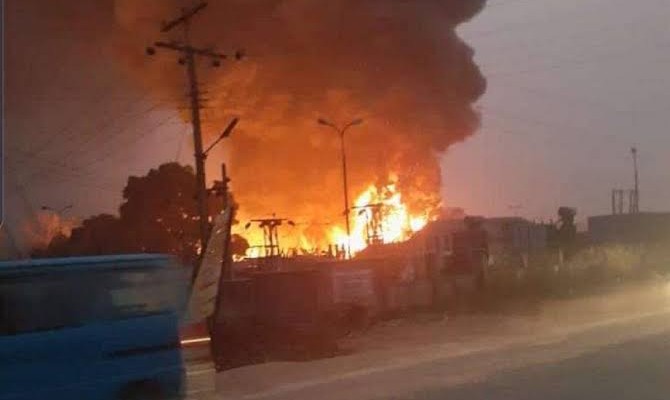 Several empty crates and bottles had been destroyed in the fire incident that occurred at the crate depot of the International Brewery, Ilesa, Osun state.

Spokesperson of Osun State Fire Service,Ibrahim Adekunle, during an interview said that as of Saturday morning, fire men were yet to completely subdue the fire.

Adekunle, who said prompt response to the distress call by the fire men prevented spread of the inferno to other places, added that no life was lost to the incident.

According to him, comprehensive investigation into the cause of the incident had not been done.

He, however, said bush burning around the location of the brewery probably triggered by cigarette butts was strongly suspected.

Adekunle said, “From our records, the fire started around 6 pm on Friday and men of Osun State Fire Service and those of Federal Fire Service immediately deployed to the scene.

“The place affected is the brewery crate depot where empty crates or crates with empty bottles were kept. As of this morning, (Saturday), we are yet to completely subdue the fire due to the nature of the items kept there. But we have restricted it to a place. It can’t spread again.

“We have not done a comprehensive investigation yet but we strongly suspect bush burning, maybe triggered by cigarette butts.

“However, we have been able to restrict it to a place. It can’t spread again. We can’t say the loss yet because we have not collected details of what was kept in the depot from the management. No casualty was recorded.”