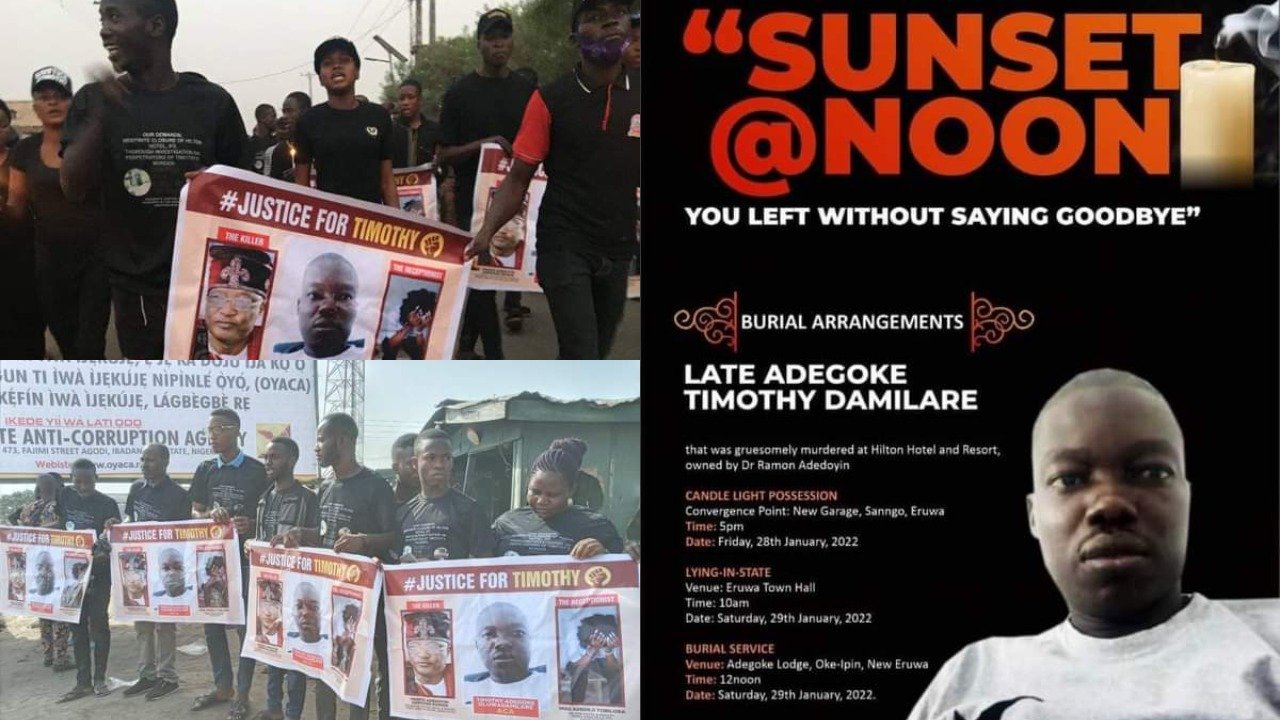 A candlelight march for late Timothy Adegoke was organized on Friday by a large number of Eruwa indigenes local Oyo State.

Adegoke, a chartered accountant, was from Eruwa in the state’s Ibarapa East Local Government Area.

He was survived by three children, a wife, and an elderly mother.

WITHIN NIGERIA recalls that Adegoke was until his death, a Masters in Business Administration (MBA) student at the Obafemi Awolowo University (OAU), Ile-Ife, Osun State.

The deceased was allegedly killed last year in a hotel he lodged.

Adegoke lodged in the hotel in order to write one of his examinations in the university the following day.

WITHIN NIGERIA gathered that the owner of the hotel, Mr Rahman Adedoyin, and some staff of the hotel have been arrested in connection with his murder.

It was gathered that the deceased’s body was released to his family on Friday and taken to Eruwa, where he will be buried on Saturday.

The indigenes among whom are youths, women and men described the killing of Adegoke as unfortunate, calling for the prosecution of his killers. 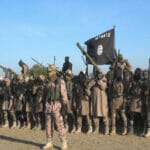