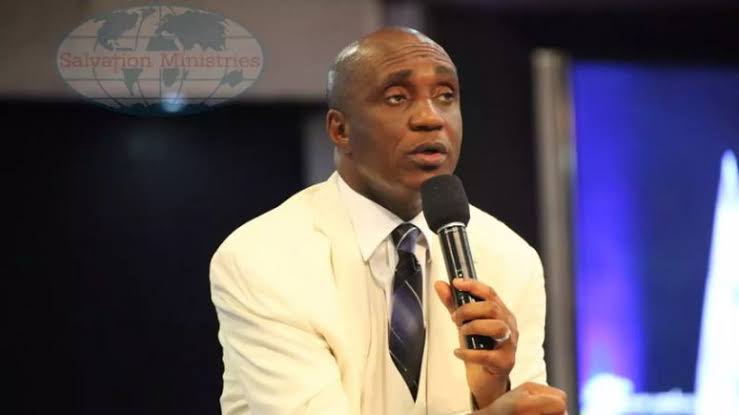 The founder of Salvation Ministry, Pastor David Ibiyeomie, has narrated how some members of a brotherhood, called Olumba Olumba, were allegedly visiting graveyards every day with the aim of eliminating him.

Speaking during a sermon in the ongoing programme, Home of Success and Glory Reign, the renowned clergy said one of the prophets of Olumba Olumba confessed after ten years that they had tried all means to kill him.

According to the man of God, the confessor, who is currently a member of his church, said he (Ibiyeomie) was a threat to the brotherhood, hence, the move to eliminate him.

He said, “Let me share this testimony, a cult called Olumba Olumba, their headquarters is in Cross Rivers State. I had no idea for 10 years that they were going to the cemetery every day on my behalf.

“The confession is on tape. They said I am disturbing Olumba Olumba. Because in Port Harcourt they invaded everywhere. Every street in GRA, they had a shrine. So, I didn’t know. I just heard that in the Spirit realm they said I was troubling them.

“So they said whatever they have to do they will do it against this man. So, they were making incantations in a particular grave every day. They said every day they go there. They pay them millions to do it. ChurchGist. They did it for 10 years and all of them died except one.

“Why God kept him was because he needed to tell us the story. He said when everyone died he was one his own and God said go and confess to David Ibiyeomie what you have been doing otherwise you will be dead, he woke and saw nobody.

Yahoo boys, others who engage in ritual killings will die this week –…

“He came on his own, he came to confess he said he is a prophet of Olumba Olumba. He mentioned his hierarchy; he was among the first five. He said this what has happened, for 20 years we have been after you.

“I said it is nonsense I won’t see him. I told some young men to attend to him. They recorded him as I am talking to you. The man is in Church. He is born again now”.