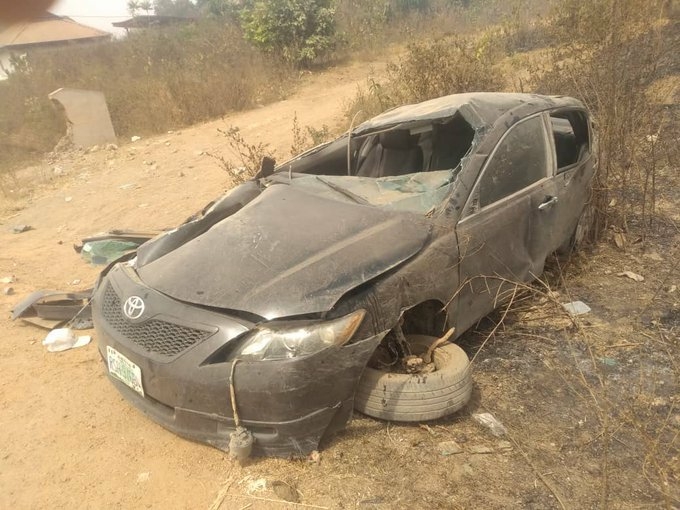 On Sunday, two people were injured in a single road accident in Owode-Ede town, Osun State.

A dark-colored Toyota Corolla with the registration number RSH976BL was involved in the accident.

According to eyewitnesses, the accident occurred when the vehicle carrying four occupants, two male and two female adults from Ede, skidded off the road, collided with a cement block sign post along the road, and somersaulted several times.

According to eyewitnesses, of the four occupants of the vehicle, the two female passengers escaped unharmed, but the other two male occupants were not so fortunate, suffering serious injuries.

They were, however, rushed to an unknown hospital by personnel of the Nigeria Police, who were the first responders at the scene of the crash. 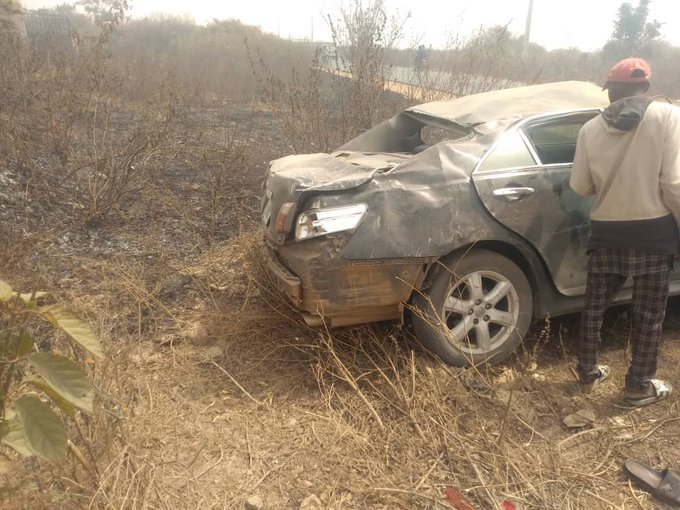 WITHIN NIGERIA gathered that the probable cause of the road crash was over-speeding and loss of control by the driver of the vehicle.

As at the time of filing this report, the Osun Sector Command could not confirm the accident.

The spokesperson, Agnes Ogungbemi explained that the command was not aware of the accident and they have not been called upon to rescue any victim of accident along that axis of the state.

Meanwhile, a man has escaped death by the whiskers in a lone road accident which occurred at Iwaraja junction MOB filling station area, along the Ilesa-Ipetu Ijesa highway.

Information made available by the Osun Sector of the Federal Road Safety Commission (FRSC), revealed that the accident involved a red coloured Toyota Corolla with registration number APP440HA.

The minor accident which occured in Sunday, It was disclosed was caused by speeding violation and loss of control by the driver of the vehicle. 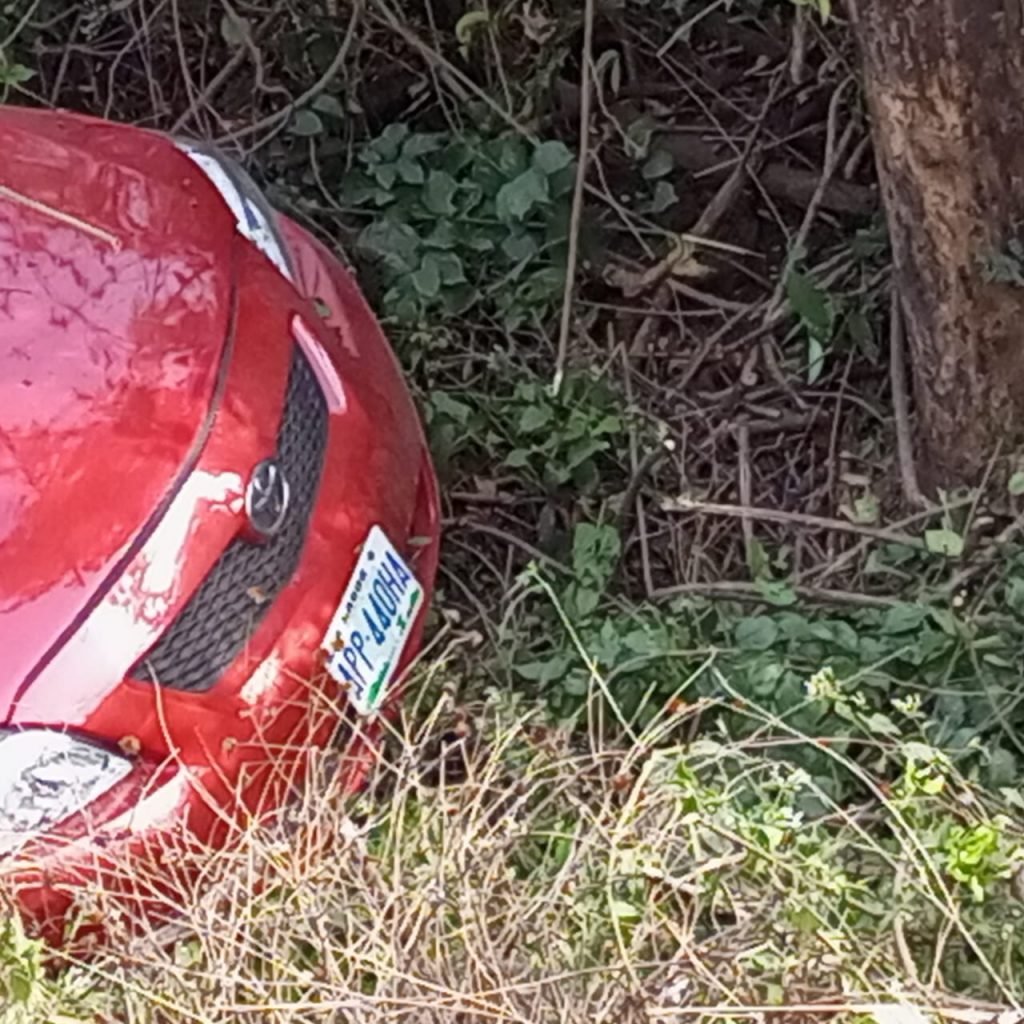 Agnes Ogungbemi, the spokesperson of the Command, while confirming the accident called on drivers to always obey traffic regulations and drive within the approved speed limits.

Ogungbemi also advised drivers to ensure their vehicles were in good condition by ensuring that they are properly serviced by reputable car mechanics.