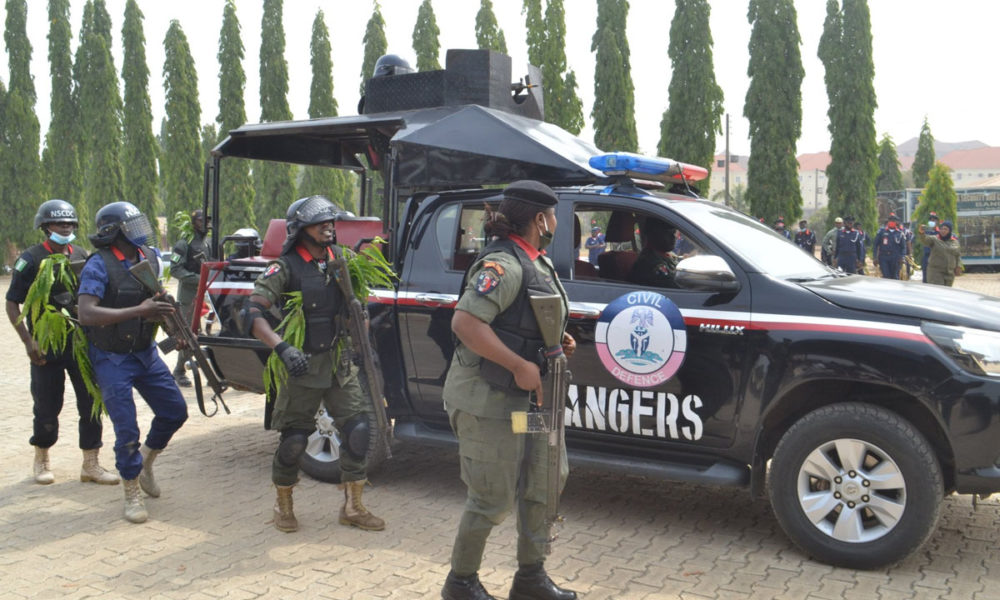 Operatives of the Nigeria Security and Civil Defence Corps (NSCDC) Akwa Ibom State Command on Saturday raided an illegal mining site located at Obo Ikot Ita in the Nsit-Ibom Local Government Area of the state and arrested one suspect.

Mr Abidemi Majekodunmi, the NSCDC commandant, told journalists in Uyo on Monday that the place was raided following sustained intelligence, adding that one Mr Glory Amos, who has been arrested, was behind the bunkering activities.

The commandant, who described the suspect as a self-acclaimed doctor, decried illegal bunkering saying it was sabotage to the economy.

He said, “We are in his factory, where he is doing what we considered as an illegal cracking process of refined petroleum products. As we can also see some evidence on ground, there are other byproducts, which are consumables and which we suspect may be dangerous and injurious to human health.

“The collateral implications of damage to the society cannot be quantified because when we produce products that are going to be used by machines and automobiles, the consequences may be very adverse because it damages the machines and automobiles and it has serious economic implications. On the other hand, the consumables, of course, can be very hazardous and injurious to human consumption.”

Majekodunmi urged citizens to steer clear of illegal bunkering and illicit production of consumables due to its health and economic implications warning that there will be no hiding place for those perpetrating illegal activities in the state.

Speaking, Mr Glory Amos, who claimed to be a homoeopathic doctor, denied being into illegal bunkering of adulterated petroleum products

He said he had been in the business of distilling the lubricants from recycling nylon of sachets water into other products, without using crude oil for 28 years.

According to him the products were all in experimental stages and was yet to be taken to market for others to buy.

Meanwhile, Mrs Okuma Ekpoudom, the National Agency for Food and Drug Administration and Control (NAFDAC) Assistant Chief Regulatory Officer, had said the agency will take the exhibits to the laboratory for analysis to determine its quality.