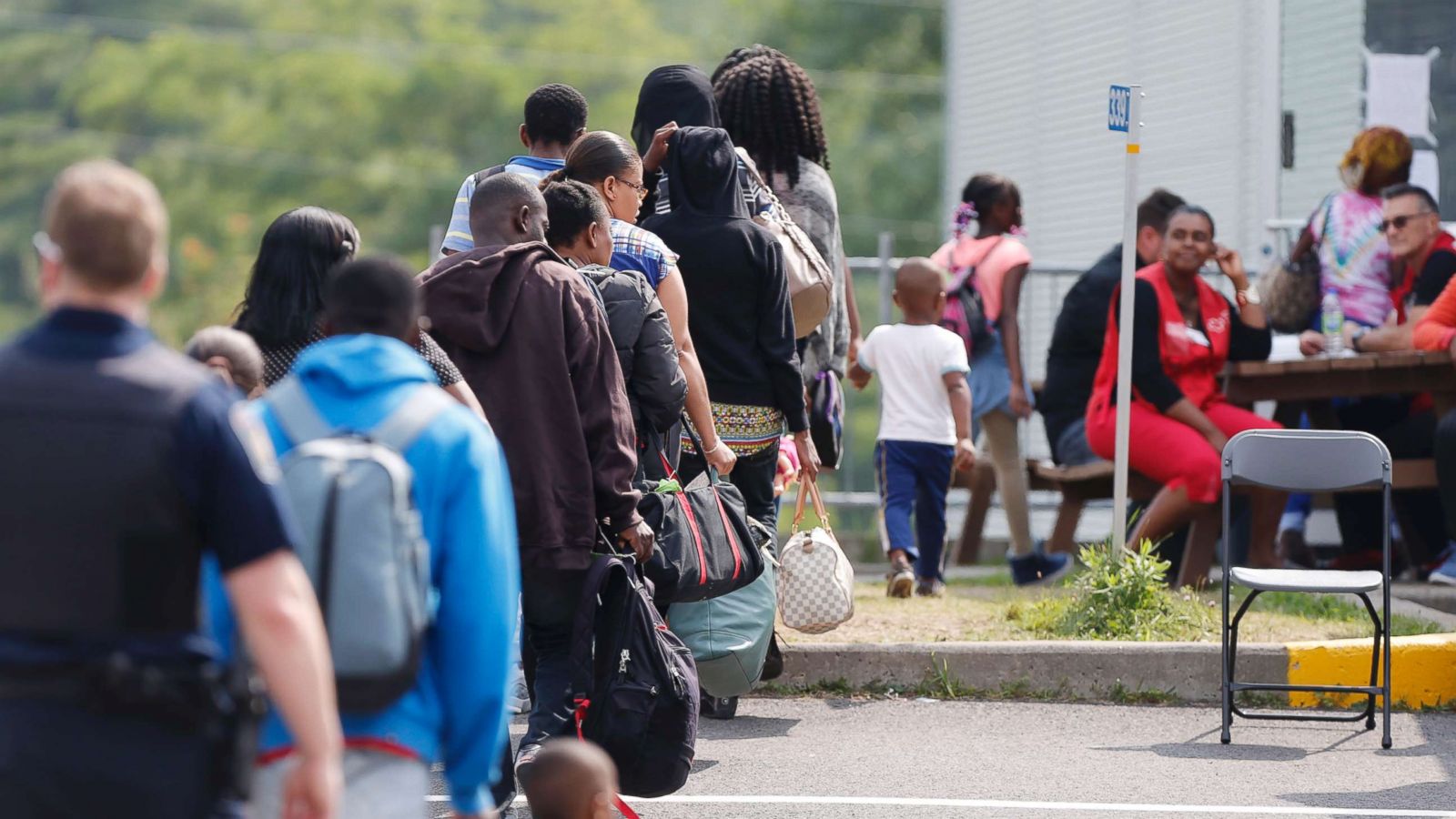 The Federal Government has directed Nigerians fleeing Ukraine to four Polish borders for their safety after Russian military invaded the East European country.

According to PUNCH, some officials at the Nigerian Embassy in Poland, Warsaw, confirmed that over 100 Nigerians had crossed into the Polish border.

The Chairman/CEO, Nigerians in Diaspora Commission, Abike Dabiri-Erewa, in a viral video on Saturday said out of the eight borders between Poland and Ukraine, four had been recommended for Nigerians to use.

Dabiri-Erewa also advised Nigerians to move in groups so they could account for one another in the journey towards the border. She asked those in Eastern Ukraine to endeavour to move closer to the border, especially Western Ukraine, through train or bus.

She cautioned that moving towards the border could come with its own dangers, but that it was important for affected Nigerians to keep their passports and their student visa as they ply the routes towards the border.

“For Nigerians in Ukraine trying to cross to Poland, there are eight borders between Poland and Ukraine, four borders are recommended; these are the four borders: Hrebenne – Rava Ruska; Korczowa – Krakovets; Medyka – Shehyni; Budomierz – Hurszew,” she added.

She stressed that Nigerian volunteer groups as well as staff of the Nigerian Embassy would be at the borders to help them out. She noted that Nigerians in parts of Ukraine that were not directly affected by the invasion should stay where they were, adding that the commission’s website contained all relevant information, including numbers to call.

In the advisory she issued, she stated, “Students should make every effort to get to the Ukrainian- Polish border or Ukrainian – Romanian border. It is vital that students move in groups. There is power in number. Groups should ensure that they are safe and accounted for. Students from Eastern Ukraine should make their best effort to reach a city in Western Ukraine. The closer you are to the border, the better.

“When going to the border, your options are via train or bus. Both routes come with risk factors. Trains from Lviv to the Polish border are free. However, there are many people trying this route. Do not be discouraged but try your best to enter the right train. Coaches/buses from Lviv can take you to Poland. You will need to have all your documentation with you. Please continue to stay in groups. Keep your passports and student visa on you at all times.”

Similarly, the Nigerian Ambassador to Poland, Christian Ugwu, said, “The embassy staff and volunteers are stationed at the Polish – Ukrainian Border with bus and vans to pick up Nigerians from the border points.”

PUNCH reported that an official said, “What we are currently working on is to get Nigerians from the crowded borders to safety in Warsaw. Too many people are moving into the country from Ukraine, including Nigerians and other nationalities.”

The Poland Chairperson of Nigerians in Diaspora Organisation, NIDOP, Dr Tade Omotosho, said the organisation was working closely with the Federal Government to accommodate Nigerians who had successfully crossed the border.

In a phone interview with The PUNCH, he said that the government had established an arrangement that had given Nigerians in Ukraine access to Poland.

He added, “As I speak to you I have about 20 (Nigerians) in my house. By my count, there are still 20 that I know but there are still more. It is tense, it is difficult but we are ensuring that every Nigerian seeking solace is being attended to.

“Nigerians in Poland have been very helpful. The Nigerian government has been helpful, but in my opinion the response was quite late. The passports were stamped at the border; I believe they were granted entry on humanitarian grounds. We are also talking to lawyers to get them legalized (stay) in Poland.”

An official of NIDOP, Frank Okonkwo, also noted that over 100 Nigerians have crossed the border into Poland.

He said, “It is a full-blown war, we are doing our best to help our people who are stranded in Ukraine to be able to exit to Poland, Romania, Slovakia and Moldova. I particularly advise that they should try other countries instead of Poland because the country’s (Poland) border is saturated at the moment. We have more than 150,000 refugees including Nigerians and other nationalities.

“I could say tentatively over 100 or more have been able to cross (into Poland), but some people are not staying very close to the border. Most of them are struggling to find their way to the border. A lot of them are still in Kyiv and are asking questions about how they will get to the border. It is pertinent that they use their Google map. The bombing is getting too much, else they would stranded in the city.”