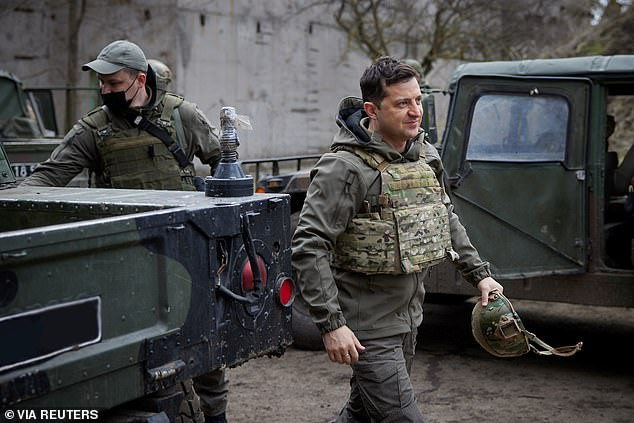 Ukraine’s President, Volodymyr Zelensky, has stated that his country’s military has delivered “powerful blows” to Russian soldiers during the ongoing war between Russia and Ukraine.

In a video message on Friday, Zelensky thanked all those who were assisting in the defense of Ukraine, stating that over 16,000 Russian servicemen had been slain since the war began.

Even if there was no storm, Zelensky predicted that the water would not be tranquil for Russia.

“Over the past week, our heroic armed forces have dealt powerful blows to the enemy [Russia], significant losses,” Zelensky said as quoted by CNN.

“I’m grateful to our defenders who showed the occupiers that the sea will not be calm for them even when there is no storm. Because there will be fire.

“By restraining Russia’s actions, our defenders are leading the Russian leadership to a simple and logical idea: talk is necessary. Meaningful. Urgent. Fair. For the sake of the result, not for the sake of the delay.

“16,000 Russian servicemen have already died. For what? What does it give and to whom?

“Any negotiations with Russia must guarantee Ukraine’s sovereignty and the country’s territorial integrity,” he added.

The war between Ukraine and Russia started last month and many casualties have already been recorded.