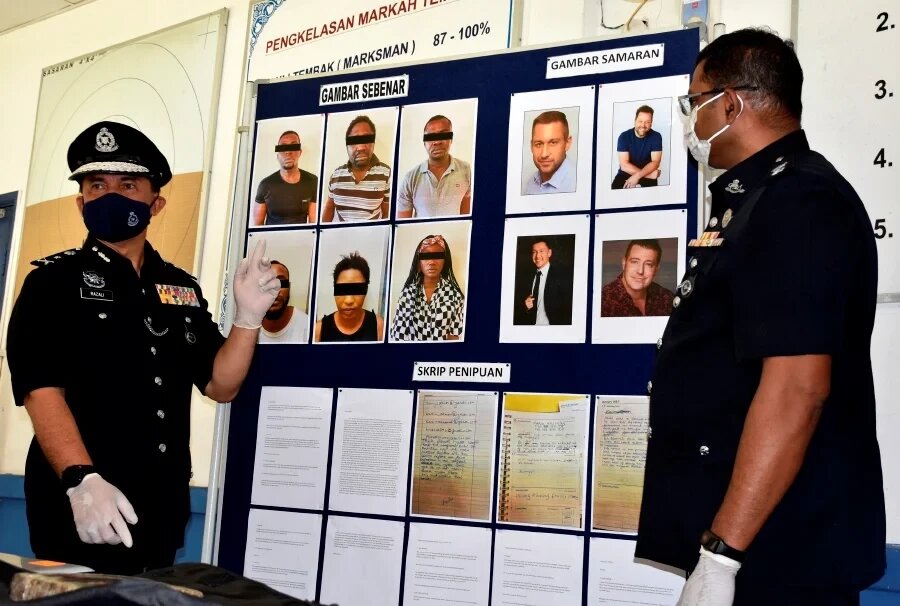 Melaka acting Police Chief, Datuk Razali Abu Samah, who disclosed this on Friday, March 25, said the the Nigerians, aged 23 to 44, were arrested at three apartments in Bukit Beruang Bestari and a house in Bukit Melaka between 5am and 10am on Thursday.

Razali said initial investigations found that all the suspects entered the country without valid travel documents and had been active in the syndicate for the past six months.

“The syndicate is believed to have been masterminded by a 44-year-old Nigerian man who introduced himself to his fellow apartment residents as a professor to conceal the real activity he was involved in.

“When the raid was conducted, the syndicate members were in the midst of engaging in the defrauding activities of the love and parcel scams using laptops and handphones, and they were unaware of the presence of police,” he told reporters at a press conference here today.

He said the syndicate’s modus operandi was to use photographs of Caucasian men to attract the attention of women to begin the chat process and then go on to deceive them with offers of love as well as parcels (gifts).

He said the police found books, with scripts to be used to con the unsuspecting victims, as well as pen drives, six laptops, 12 handphones, five WiFi modems, and seven documents, believed to be fake, to be used in the syndicate’s activities.

“Initial investigation also found that the drugs were sold to students of private institutions of higher learning in the Ayer Keroh vicinity.

“Two women and a man in their 30s, who were arrested, also tested positive for cannabis and all the suspects will be brought to court on Friday, for a remand application under Section 117 of the Criminal Procedure Code,” he added.