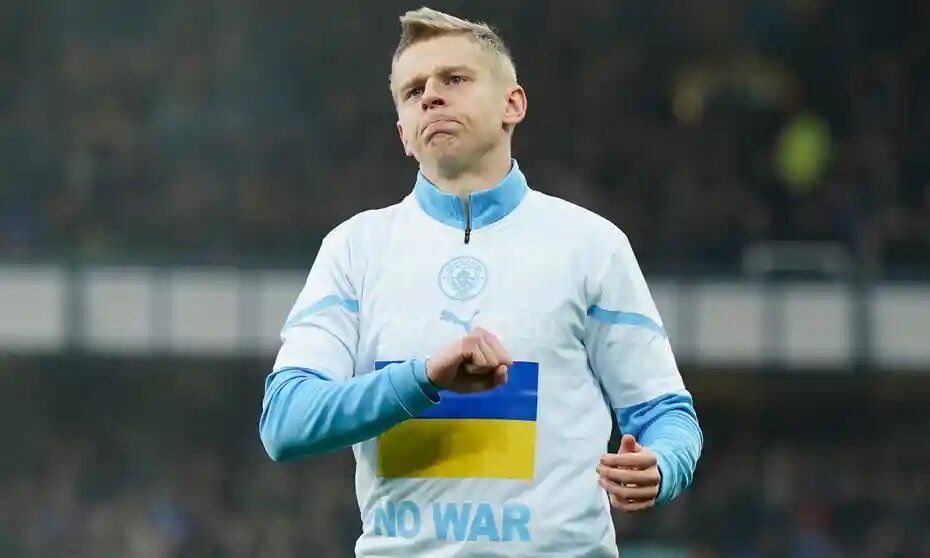 Ukraine and Manchester City player, Oleksandr Zinchenko has shared his grief over the Russian invasion of Ukraine alleging that the Russian army committed crimes against his people.

WITHIN NIGERIA recalls that Russia sent tens of thousands of troops into Ukraine on February 24, 2022, in an alleged effort to degrade the military capability of its Southern neighbour and root out people it called dangerous nationalists.

The invasion has left thousands dead and millions forced to flee their homes.

Zinchenko, who has been vocal in his condemnation of Russia’s military aggression, said the reality of the situation in his homeland is grim and he is sad at what has been done to the women and children of his homeland.

“I hate them so much, for everything they have done to the Ukrainian people and Ukraine. I hate the people in Russia who are trying to convince others that this is propaganda. It’s embarrassing. How can they say this?

“People send me the real pictures, the real facts. The bodies of our dead civilians were lying on the ground for two weeks. They have to take responsibility for this.”

Zinchenko thinks footballers could do more to condemn the violence, particularly those in Russia.

He said: “I have friends over there, a small circle, but now it has reduced almost to nothing. I’m so disappointed.

“The guys I know called me as soon as the invasion happened, texted me: ‘I’m so sorry Alex, but we can’t do anything.’ Of course you can. If you stay silent it means you support what is happening in Ukraine right now, and I can’t see why they would.

“Maybe they are scared, because we see pictures on social media of Russians being taken to prison if they protest. But look at footballers in particular, or anyone with a massive audience.

“Can you believe that, if all of them posted something on Instagram at the same time saying: ‘Guys, we are against the war, we need to stop it,’ they would all be arrested? Of course they would not. It’s such a shame that they say nothing.”