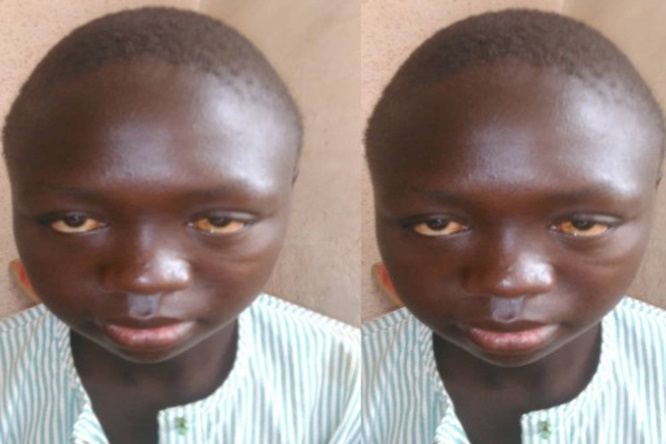 Following his escape from a bandits’ camp, the Kaduna state government is seeking help to locate the family of a deaf and dumb boy.

The boy was found at Mai Kirya in Birnin Gwari local government area after regaining his freedom from the den of kidnappers.

According to a tweet from the Human Services and Social Development Kaduna, the boy is likely to be from Zamfara state. 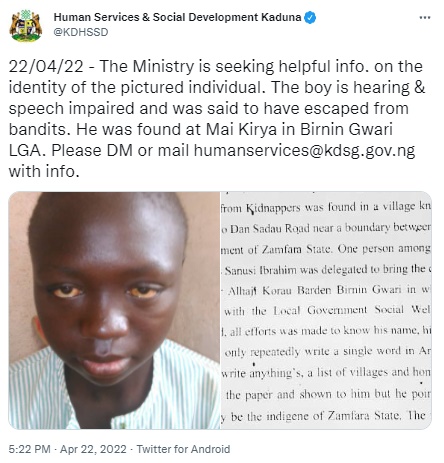 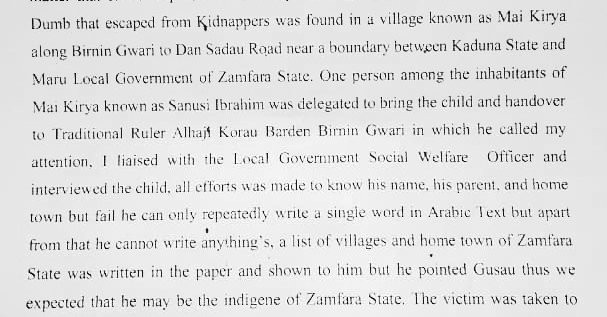 In other news, Rivers Governor Nyesom Wike has told delegates of the Peoples Democratic Party (PDP) in Taraba State that if he secures the party’s ticket and wins the election, he will take the war to bandits.

He said: “The one problem that our PDP government(under me if elected) must solve is to bring down the level of insecurity in this country otherwise there is no way the economy can grow.

JUST IN: Femi Soyinka dies at 85

“When bandits hear my name they will run because I will take the war to them. I will be the Commander- in-Chief in action.

“I’ll be commanding in projects, in security, in agriculture and the economy together with the armed forces. I’ll be commanding every aspects of life that will make Nigerians happy. This is because I have the capacity to solve the problems of Nigeria.”

Wike in a statement by his Special Assistant, Media, Kelvin Ebiri, also said the establishment of state police would be one enduring approach to addressing the festering insecurity in Nigeria.