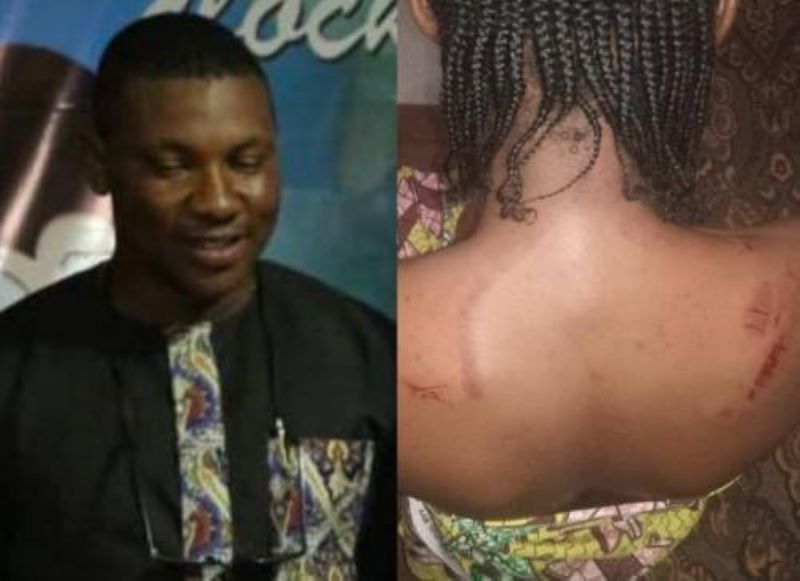 19-year-old microbiology student of University of Abuja, Amarachi Ugwueze, has been tortured and brutalised by her elder brother, Ezekiel Ugwueze, who is an officer of the Nigerian Security and Civil Defence Corps, for refusing to surrender her mobile phone to him after accusing her of having a boyfriend.

The incident reportedly happened at Aviation Estate in Kuje Area Council of the Federal Capital Territory, Abuja, on Wednesday.

Ezekiel is said to be in the habit of torturing his two sisters over suspicions that they had boyfriends.

According to SaharaReporters, upon arriving home from work on Wednesday, he ordered Amarachi to bring her phone to enable him go through her text messages but she refused. Angered by this, the NSCDC personnel descended on her heavily and forcibly seized the mobile phone.

The NSCDC officer locked her up in a room throughout the night where he physically assaulted her with multiple injuries.

Ezekiel was said to have previously seized her phone over the same issue, going as far as tearing her documents including
West Africa Examination Certificate, WAEC and admission letter to a higher institution.

Narrating her ordeal to SaharaReporters, the victim said, “After he seized my first phone, I retrieved my SIM to get my contacts back with another phone my friend, Chisom, gave to me.

“Last Wednesday night when he came home, he asked for the new phone my friend gave me but I refused to give him. He immediately started hitting my head on the wall, slapping and using a stick to hit my legs. I had to bring out the phone because the beating was much.

“After that, he asked me to lie on the floor and was flogging me with a cable and belt and sized my admission letter and certificate.”

Amarachi and her sister had to run away from the house after the torture especially after threats from their brother of killing them because of disobedience.

In an attempt to prevent them from reporting the matter to the police, the civil defence officer after touring the girl, sent some thugs to forcibly bring them home.

Their parents, according to findings have been unable to curtail the excesses of Ezekiel as he had been rude to them.

He is known in the estate as a violent law enforcement officer because of the way and manner he intimidates people with his profession.

The two young ladies have since gone into hiding over death threats from their brother.