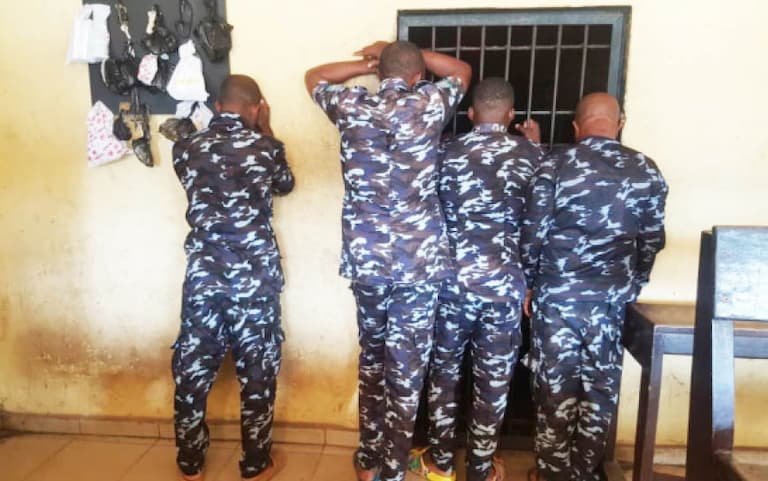 Police arrest 4 officers, couple over killing of vigilante in Edo

The Edo State police command has arrested four of its officers and a couple for killing a vigilante in Edo State.

The vigilante, Ikponwonsa Aikpitanyi, it was learnt, was shot dead by one of the policemen who were invited by Mr Egboh.

Speaking with journalists in Benin, the state command’s spokesperson, Kontongs Bello, said the police officers were arrested for shooting to death a vigilante, while the couple were arrested for conspiracy and murder.

He said the incident happened in Obazee area of Benin on April 22, at about 8pm during a rescue operation.

He further said officers attached to New-Benin division were in Obazee after receiving a distress call from Mr Egboh (42) that boys suspected to be cultists were attempting to rape his wife.

He said on receipt of the information, a patrol team led by Insp Victor was drafted to the area, adding that when they arrived in the mid of a commotion, a member of the patrol team allegedly fired a shot which hit the vigilante on his chest and killed him.