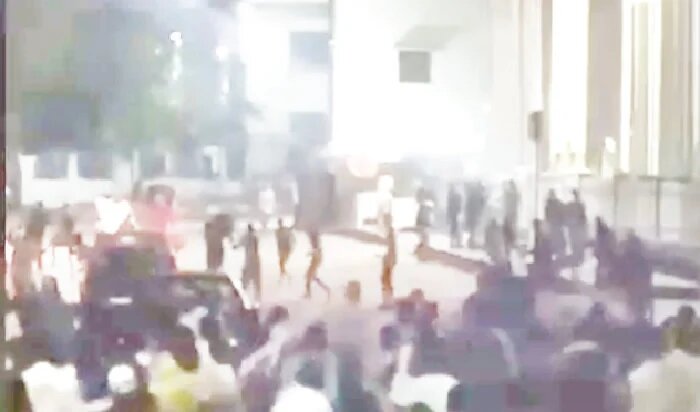 There was pandemonium in the Marina, Lagos Island area of Lagos State on Sunday when

Some hoodlums attacked Muslim worshippers on Sunday in the Marina, Lagos Island area of Lagos State with different weapons, including knives, daggers, cutlasses and others.

According to PUNCH, an eyewitness, Adigun Ademola, said the group had invaded the Muslim’s prayer ground park and robbed residents.

He said, “What happened was that the hoodlums who stay in the area, upon seeing worshippers after observing Iftar, started robbing them and the Muslim group resisted.

“This was what led to the clash between them; the hoodlums take advantage of any situation to dispossess people of their belongings. Many people lost money to those boys.”

A ram seller, Alejo Abiodun, told PUNCH Metro that the hoodlums struck between 3am and 4am on Sunday.

He said, “They saw that people were moving around after the Iftar. So, in the early hours of Sunday, those agberos started harassing people and dispossessing them of their belongings.

This was what led to the clash between them as the worshippers decided to fight back and defend themselves.”

The aforementioned publication reported that a video clip revealed the rowdy moment the hoodlums, who were on one side, brandished weapons at the Muslims, who were on the other side.

A voice in the background was heard saying, “They cannot come near this place. They know that if they cross this gate we will hold them. Don’t move close to them.”

The State police spokesperson, Benjamin Hundeyin, who said the incident was not reported to the police urged people to always report affray to the police for prompt action.

“This is the only way we can move in and rescue people,” he added.