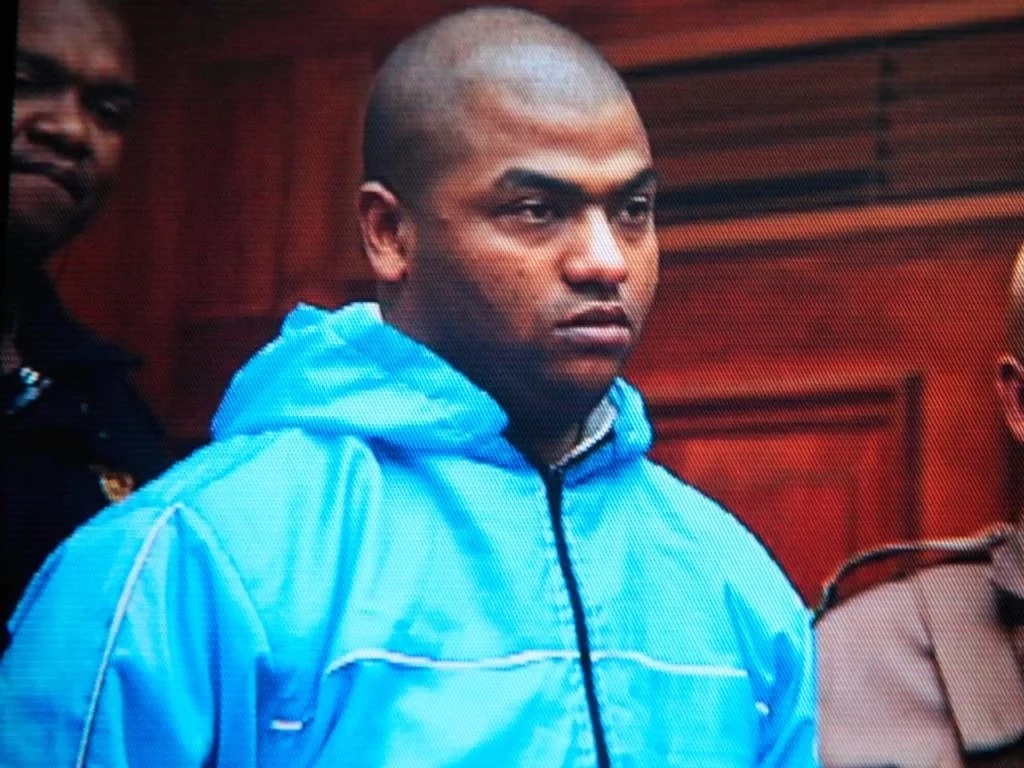 South African convict, Thabo Bester, known as the ‘Facebook rapist’ has died on Tuesday May 3.

Thabo Bester, passed away in his cell at the Mangaung prison in Bloemfontein, South Africa, according to Department of Correctional Services spokesperson Singabakho Nxumalo.

Singabakho Nxumalo, disclosed that the convicted rapist and murderer’s body was discovered with burn wounds in his cell in the early hours of Tuesday.

“We have confirmed the untimely passing of an inmate by the name of Thabo Bester at Mangaung Correctional Centre in Bloemfontein. This inmate was doing life imprisonment. He was discovered in his cell at about 3:35 on Tuesday morning. He suffered serious burn wounds,” Nxumalo told Newzroom Afrika on Tuesday evening.

The department has launched an investigation into the incident to establish what may have happened.

“This was not a natural death, hence it has to be investigated. That particular correctional facility has an advanced technological system to a point that for anyone to even light a cigarette, they won’t won’t use a matchbox that many use on the streets but have certain devices that they would use, hence it’s important to establish the circumstances under which that fire started and what is it that may have been used. It’s also important to establish when the fire started. This is the only cell that had the fire.”

According to Nxumalo, officials recently visited the facility and found everything, including the fire systems functioning properly.

Bester was arrested in 2011 facing 30 charges including rape, kidnapping, and murder. He used Facebook to lure aspiring models to meet him. He would then abduct and rape them.

He was first convicted of raping and robbing two aspirant models whom he had approached, pretending to be a model scout. In a separate trial, he was convicted of robbing and murdering a third woman, Nomfundo Tyhulu.

He claimed the two of them had been in a long-distance relationship and he killed her when she came to visit him, robbing her of her items and leaving her body in a Cape Town guest house.

In October 2011, after pleading guilty to raping and robbing the two women, he burst into tears in the Durban magistrate’s court and explained what made him to commit his crimes.

Speaking in mitigation of his sentence, he told the court he had been raped by his grandmother’s friend when he was young, raped several times by a man who promised to look after him, and that he was gang-raped in prison.

He said when he told his grandmother about the abuse by her friend, it was like talking to a wall.

“My grandmother’s friend hurt me when he raped me, and I had an operation on my behind.”

The situation became worse when his grandmother died, and he had to live with his friends in a squatter camp. While living there he was approached by a man who promised to look after him, but who had then locked him in his house for days and raped him.

Bester told the court the difficulties he encountered forced him to commit crime.

“I resorted to crime to support myself. It is either you die or make a plan,” he said.

He had been found guilty of fraud in 2009 and sentenced to six months in jail with an option of paying a R1,500 fine.

“I did not have money to pay. They treated me badly in prison because they thought I was from a well-off family.”

He had been gang-raped. A bottle with soapy water was inserted into his anus while he was in prison. The report about his prison abuse was presented in court. It only mentioned the abuse, but not the rapes.

Seeking to persuade the court to give him a lesser sentence, Bester said he needed a second chance.

“I know I have done terrible things. This is not truly who I am. I want the opportunity to put things right,” he said.