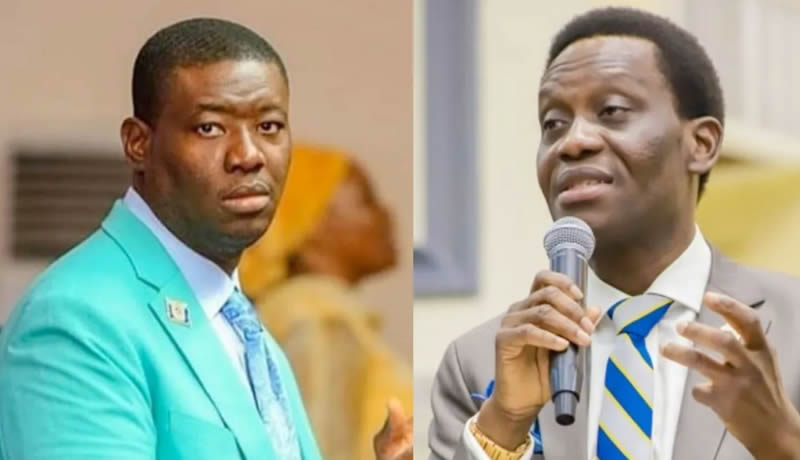 On the first anniversary of his elder brother, Dare’s, death, Leke, son of the General Overseer of the Redeemed Christian Church of God, Pastor Enoch Adeboye, posted a tribute on Wednesday.

Leke posted a photo of Dare on his Instagram account with the caption, “One-year remembrance, with love from Leke Adeboye.”

Dare, the renowned cleric’s third child, died on May 4, 2021, at Eket, Akwa Ibom State, where he was living with his family.

Before his demise, the deceased was married to Temiloluwa and was the Assistant Pastor in charge of Region (Youth). He was 35.

During the church’s Holy Ghost Service in April 2022, Adeboye, 80, described how he overcame his “deep sorrow” caused by the death of Dare.

According to the octogenarian preacher, a text message from one of his spiritual daughters turned the tide following the death of his 42-year-old son in 2021.

Adeboye had also stressed that God loves him despite the loss of his son.

He had said, “When I lost my son last year (2021), then I was deeply in sorrow, I got a text (message) from one of my (spiritual) daughters that suddenly turned the tide. What she wrote was simply this: Daddy, let God carry you.”

Meanwhile, the RCCG took disciplinary measures against Leke last month for labelling some pastors in the mission ‘goats’.

Leke had accused the pastors of preaching after his father’s sermon, despite the fact that the parishes of the church were not obliged to hold any sermons on first Sundays after the GO’s sermon was aired live.

Leke afterwards apologized and begged the pastors’ forgiveness, claiming that his comment was not meant to disrespect or malign them.

Adeboye has been the general overseer of the RCCG for almost 40 years and has been married to his wife, Folu, for over 50 years. The couple birthed four biological children including Dare and Leke.