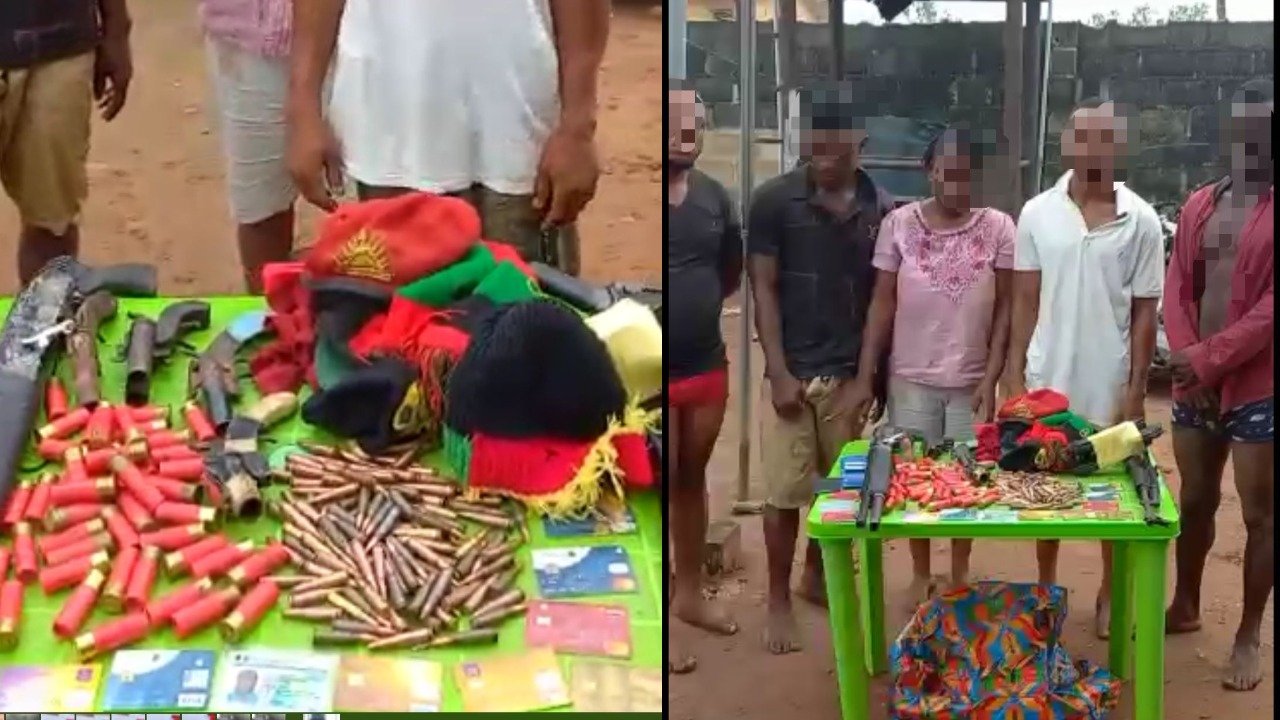 The State Police Commissioner, CP Mohammed Ahmed Barde, who disclosed this in a statement said its operatives on 5/5/2022 at about 23: 50 hours, stormed the kidnappers‘ den and arrested one Obinna Onuoha age 35 years, a native of Umuegwu Mpam and Igbokwe Joseph age 35 years, a native of Umuchoko Ihitte Aforukwu, both natives of Ahiazu Mbaise LGA of Imo State and the victim held in captive was gallantly rescued unhurt.

Barde stated that; “Following a report of the kidnapping of one Dominic Chukwuma and Silas Nnawubia respectively, received by the Command’s Anti-Kidnapping Unit on 30th April 2022. The Operatives immediately swung into action.

“In the course of interrogation, the suspects confessed to the crime of kidnapping and revealed how they escaped from Imo Correctional Centre Jailbreak of 5th of April, 2021, and after their escape, got a safe hideout in Ahiazu Mbaise, formed a kidnapping syndicate with their hideouts in strategic areas in the state. And have been the ones involved in most of the deadly kidnapping incidents recorded in the state.

The CP said the suspects later took the police operatives to their various hideouts in the state where most of their gang members were arrested. Those arrested include Tochi Chilak, 27 years, a native of Ezeala Ihitte in Aboh Mbaise LGA of Imo State, Sunday Richard, 32 years, a native of Ikom in Cross River State, Comfort Ogboage, 35 years, a native of Gwer West in Naka LGA of Benue State.

He further stated that “searching the kidnappers’ hideouts thoroughly, the following items were recovered; one AK47 rifle, breech number 1142 with eighty-four rounds of live ammunition, four locally made pistols, forty-six rounds of live cartridges, one Toyota 4Runner SUV vehicle belonging to the victim, multiple banks ATM cards stolen from their victims and the personal belongings of the victim.

Meanwhile, the victims have since been reunited with their family members and an aggressive manhunt is on to arrest the remaining members of the syndicate at large.

He tasked the Hunters Association to always assist the police and other security agencies with credible and timely information on their findings in the bushes. Emphasising that, most criminals have their hideouts located in bushes.