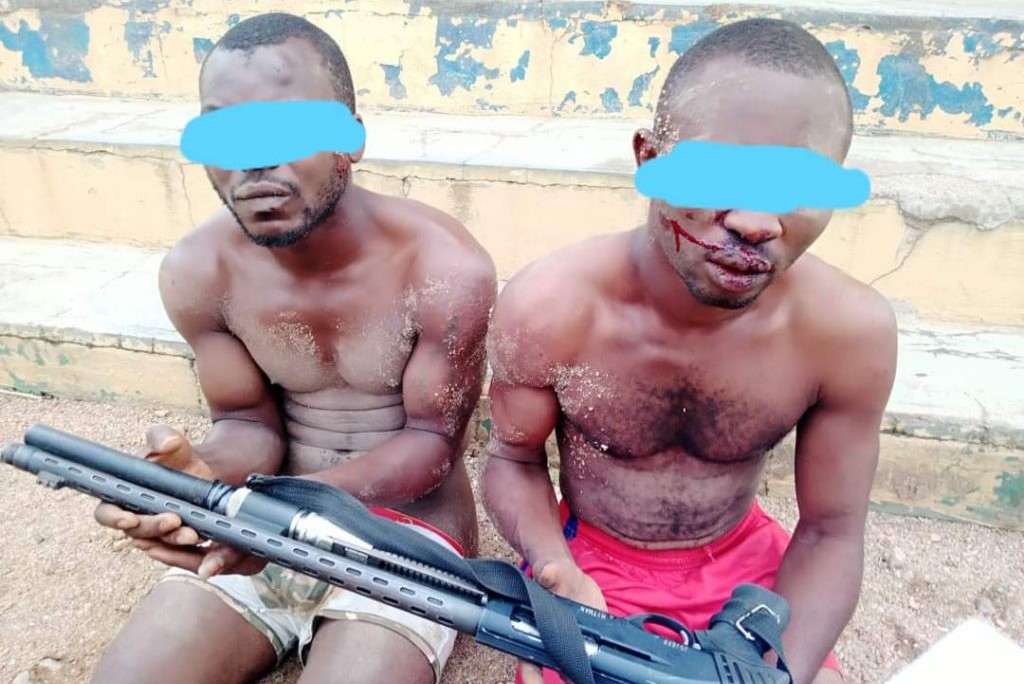 The suspects according to information made available by the police sources at Dada Estate Division, revealed that the suspects, fully armed had arrived the home of Adedayo Adedamola aka Fryo located in Adetunji Estate around 2am on Saturday.

They said the two armed robbery suspects, armed with pump-action rifles and other dangerous weapons had held Fryo’s family at gunpoint before they were overpowered and disarmed by their victim.

The duo escaped but were later apprehended and handed over to the Divisional Police Officer (DPO), Dada Estate Division.

During the robbery operation, the police sources disclosed that the Dada Estate Division had received a distress call about their activities and immediately swung into action and with efforts from the P.R.U and the local vigilantes, they were apprehended.

Boyfriend remanded for leading operation to rob Beninese lover of…

She stated that an investigation would be initiated and the suspects charged to court.