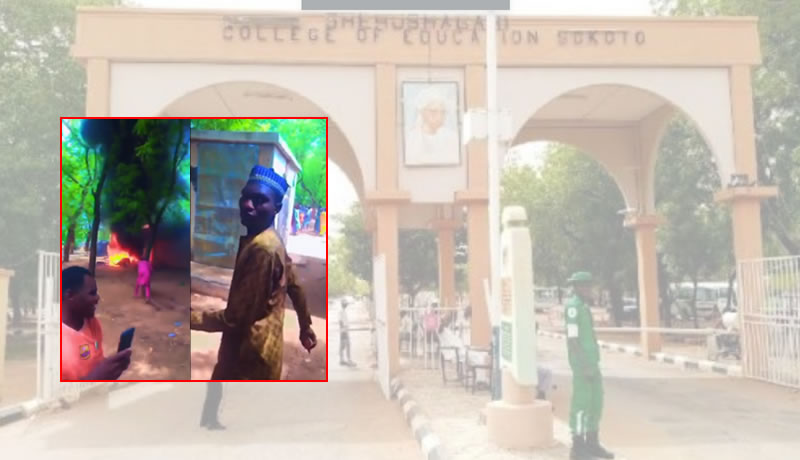 The cause of the gruesome murder of a female student of the Shehu Shagari College of Education, Sokoto State, by her colleagues for allegedly insulting Prophet Muhammad (SAW) has been revealed.

WITHIN NIGERIA had earlier reported that the female student was burnt to death by her colleagues for allegedly insulting Prophet Muhammad (SAW).

According to SaharaReporters, a Twitter link revealed that the female student’s gruesome murder was connected to a voice note she sent to her class’ WhatsApp group.

The deceased student was said to have sent a voice note, protesting against the incessant sending of unnecessary messages to the group by her mates.

The original voice note posted here has now been deleted.

So apparently the lady that was killed sent a voice note to her class group chat where she was speaking against her fellow students sending religious broadcast messages to the group. And in the voice note, she said something like "nonsense prophet." And they killed her for that

She was heard lamenting in Hausa language to a religious broadcast message sent by another student to the group.

In a loose translation, she said, “This group chat was not created for you to be sending nonsense. It is for past questions, updates about tests or other school matters. Not for nonsense or some rubbish prophet.”

It was gathered the usage of the phrase “nonsense prophet” might have angered the angry attackers and propelled the fatal assault against her.