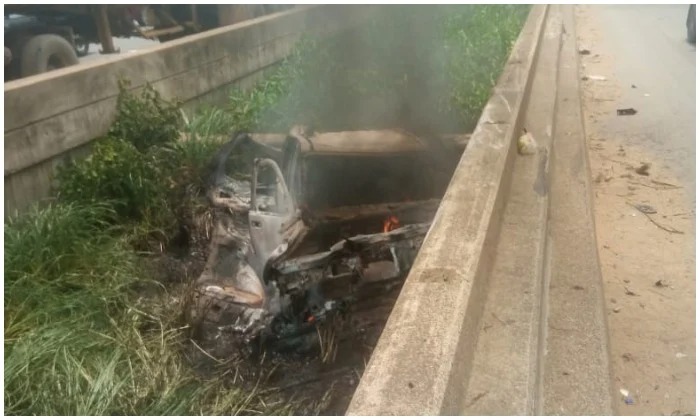 BREAKING: One burnt to death as vehicle catches fire on Lagos-Ibadan Expressway

One person was burnt to death after a vehicle catches fire around the Long Bridge axis of the Lagos-Ibadan Expressway.

The accident occurred on Friday after the vehicle veered off the road and plunged beneath the bridge.

According to PUNCH, officials of the Federal Road Safety Corps who were among the first responders at the scene said that rescue operations were ongoing.

It was also gathered that some occupants of the charred vehicle were evacuated to a nearby hospital.

WITHIN NIGERIA recalls that in April four persons were burnt to death when a commercial bus caught fire at the Fidiwo area of the Lagos-Ibadan expressway, Ogun State.