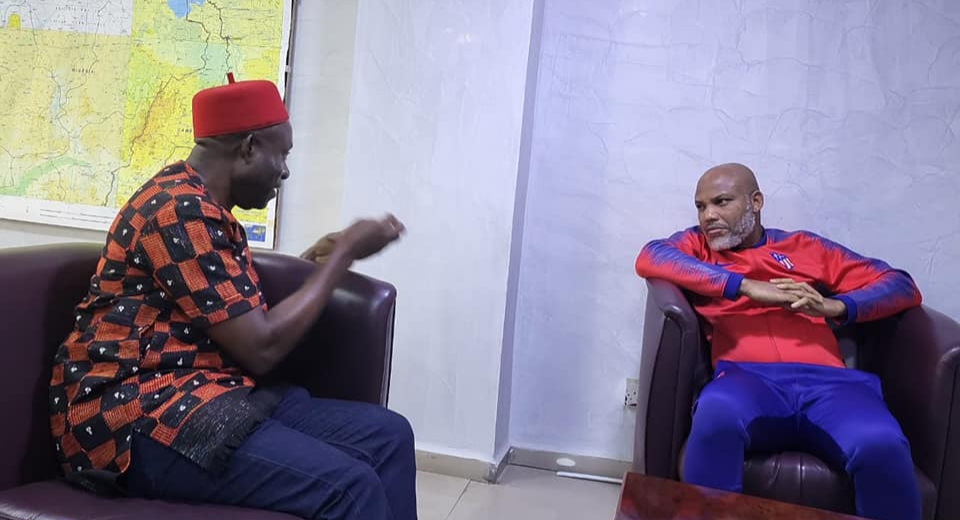 Family member of Nnamdi Kanu, leader of the indigenous People of Biafra (IPOB) has reacted to Governor Chukwuma Soludo’s visit to the agitator.

The relative identified as Prince Emmanuel, Kanu’s younger brother said Soludo’s visit was an indication that the IPOB leader was not a bad person as being portrayed.

Recall that Soludo had visited Kanu in the custody of the Department of State Services, DSS, last week Friday.

The Governor disclosed this on his social media handles, stressing that the IPOB leader was against the killings in the South-East.

Emmanuel described Soludo’s visit to Kanu in DSS detention as remarkable and a good move.

He also applauded the Governor and all those making genuine efforts towards ensuring Kanu’s release.

“It was a good move and a very remarkable one. It shows that Kanu is not a bad man as being portrayed by the authorities.

“We thank the Governor for deeming it fit to visit Kanu in detention. It’s a good step expected of a good leader.

“We thank everyone making frantic effort openly or privately to secure his release. All hands must be on deck until freedom is achieved”, he told Vanguard.