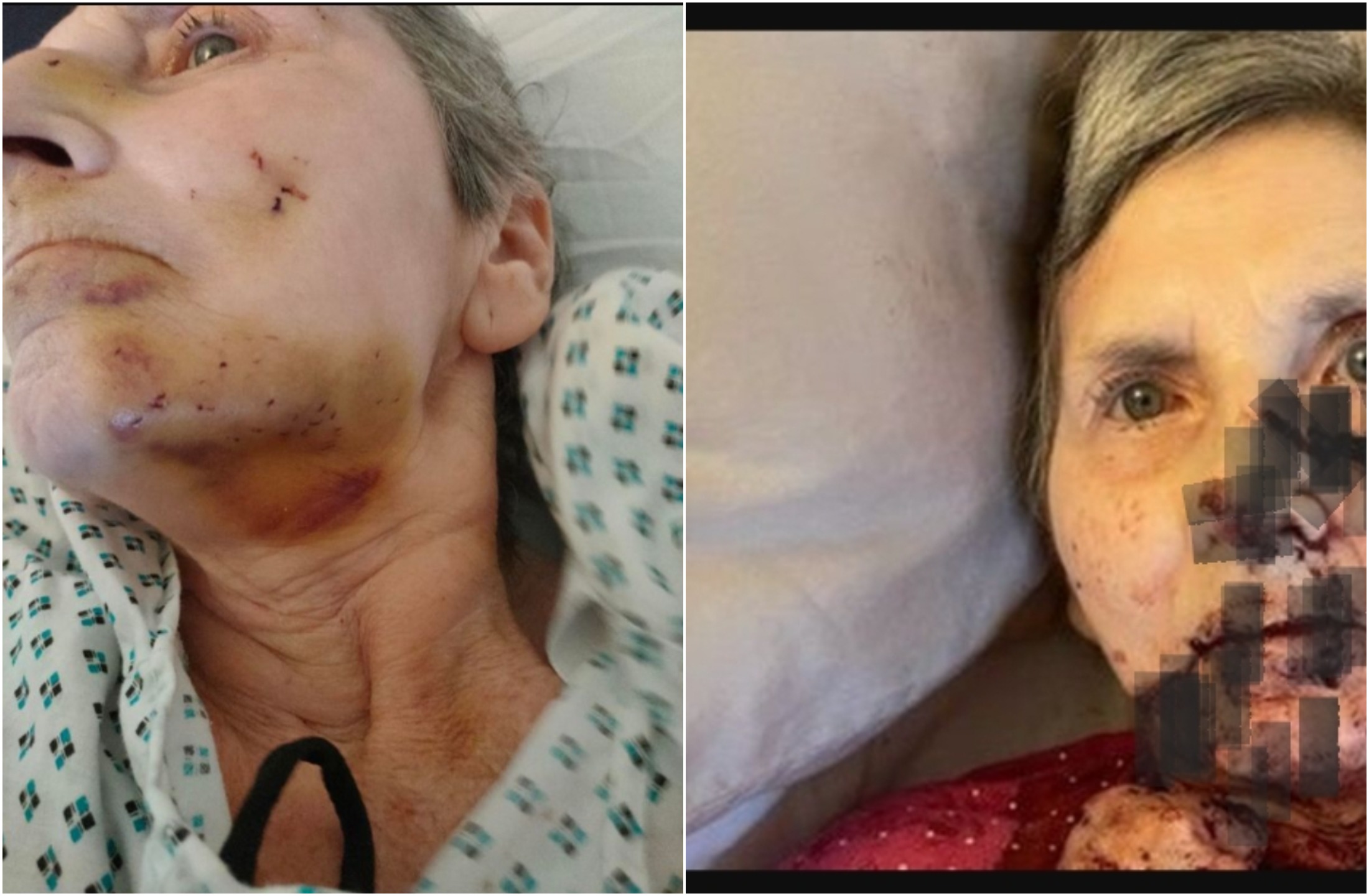 A 76-year-old sick pensioner, Diana Kirk, was found with blood on her face after she was mauled by a huge rat.

The rat attacked her face and neck at her home in Nottinghamshire, England, on Monday, May 9, leaving her with terrible injuries.

Her husband John, 85, found her drenched in blood downstairs in her hospital bed, where she sleeps due to her medical condition. She is looked after by John and a care team who come into the house to help.

John recalls hearing what he believed to be a big rodent “scratching around” by his feet, but said he brushed it aside as it was in the middle of the night.

Then, at around 1.30am, he noticed the sound again, before he fell asleep and woke up as normal just before 6am, reports Nottinghamshire Live.

He went downstairs to check on his wife in their living room at around 5.45am and found her covered in blood.

He said he alerted emergency services and waited for an ambulance to arrive at around 8.20am.

‘She has slept with everyone at Inter, AC Milan’ – How…

How Mike Tyson slept with prison counselor to reduce his sentence

He said: “I’ve never seen anything like the injuries she had – you can see how bad they were from the pictures. It was absolutely savage.

“I went and knocked on the door of the young girl over the road as she is also always up early and so she helped. They took Diana to the Queen’s Medical Centre and she came back on Thursday night, May 12.

“There were scratches on her face, her neck, her hands – it had tried to gnaw right through to the bone from the looks of it. There was blood everywhere.”

The next morning, after a neighbour had set up a trap in the house, Mr Kirk says the rat was caught and trapped in a cage.

As he moved it to the patio, Mr Kirk says the rat tried to bite him multiple times. He says a neighbour then killed the rat, shooting it four times with a pellet gun before it eventually died.

“Because of her condition, my wife can’t move,” Mr Kirk said of his wife who is brain-damaged.

“I have since read that rats only ever go for young babies and people who are immobile in bed like my wife.

“She can’t feel pain so she would not have known much about what happened. I would like people to know what can happen and to be aware of it. I found out a couple of days after it happened that it was making a nest in the house.”