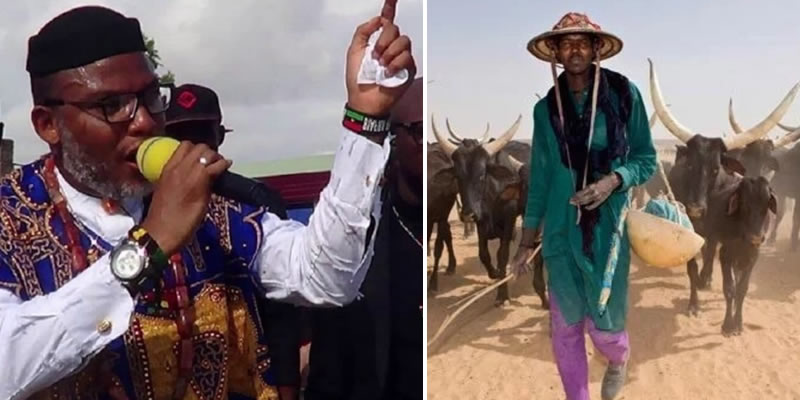 It is now blood for blood, IPOB replies Miyetti Allah over threat to avenge death of herdsmen

The leader of the Indigenous People of Biafra, IPOB, Mazi Nnamdi Kanu, has replied the Miyetti Allah Cattle Breeders Association of Nigeria, MACBAN, over its alleged threat to avenge the death of every herdsman killed in South East.

Mazi Kanu in a statement released with a dragon logo, on Thursday by IPOB’s Media and Publicity Secretary, Emma Powerful, said IPOB is not South East governors that Miyetti Allah have been threatening and getting away with it.

He added that IPOB will not allow Fulani killer herdsmen any breathing space in Biafra land, stating that it will be blood for blood.

The statement read in part, “Miyetti Allah, hear this: IPOB is not South-East Governors that you can threaten and get away with.

“We are the same IPOB that collapsed the #Zoo. We are after every killer herdsman. We’re after you Fulani TERRORISTS and murderers masquerading as herdsmen.

“If you implement this your THREAT, it shall be your last. We no longer believe in turning the other cheek, it is now blood for blood and you will lose.”

WITHIN NIGERIA recall that Spokesman for Miyetti Allah Kautal Hore, Saleh Alhassan said at least 50 herders have been killed in the South-East in the last one month, adding that his group would avenge the death of those members.

He said, “So far, more than 50 herders have been killed in the South-East in the last one month, we have the record and the Igbo terrorists led by Nnamdi Kanu will pay for everybody they killed.

“It is unfortunate that they have forgotten history, how we saved a lot of Igbos in the North during the Civil War but now they are killing our people. They are making a grievous mistake. We will take necessary steps, both legal and cultural steps, to avenge the killings of our members.” 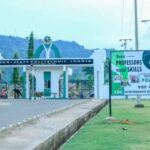