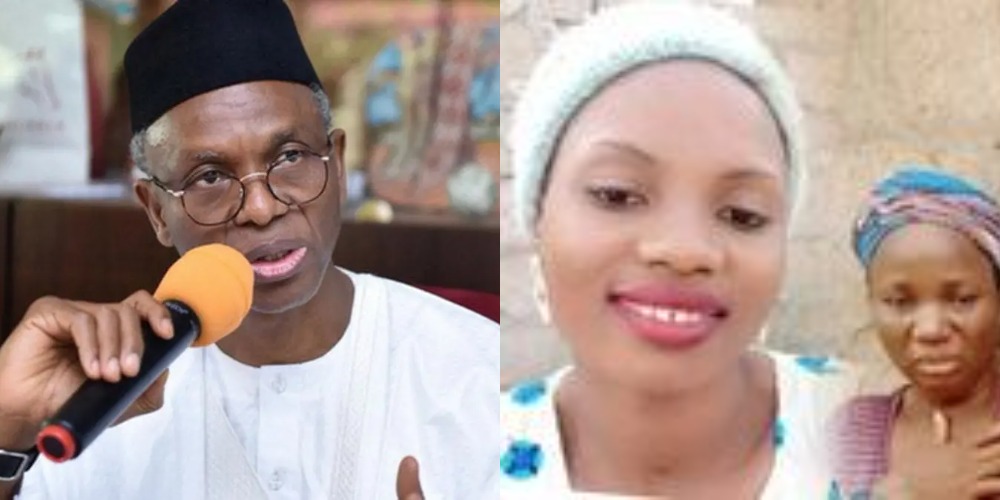 On Tuesday, Kaduna State Governor Mallam Nasir El-Rufai asked parents to monitor their children’s behavior and to prevent activities that may be used by miscreants to incite conflict.

El-Rufai’s remarks came after the death of Deborah Samuel, a 200-level College of Education student accused of disrespecting Prophet Mohammed in Sokoto State.

Governor El-Rufai prohibited any type of religious demonstration in the state for fear of escalation into the state.

On Sunday, May 15, 2022, the Kaduna Commissioner of Police on an observation tour, went round the city to ensure the order was strictly adhered to.

Following the compliance across the state, Governor El-Rufai on Tuesday, in a statement by his Commissioner for Internal Security and Home Affairs, Mr. Samuel Aruwan, conveyed his appreciation to religious, traditional and community leaders, as well as security agencies in Kaduna State for their sincere and spirited pursuit of peace interventions.

According to him, the governor expressed his commendation after a review of the security situation in light of recent tensions over developments in another Northern Nigerian State.

He said the government appeals to the citizenry, in the interest of security and peace, to uphold respect for the religious and cultural affiliations of all, and eschew denigration in all its forms.

“Furthermore, the government reiterates that recourse to the law remains the only acceptable means of redress, and never self help.

“The Government of Kaduna State and security agencies will continue to monitor the situation closely, and work towards curbing the activities of recalcitrant forces attempting to cause a breakdown of law and order in the state,” he said

He said security agencies will not hesitate to take action on anyone, regardless of status, playing a role in attempts to cause unrest in the state.