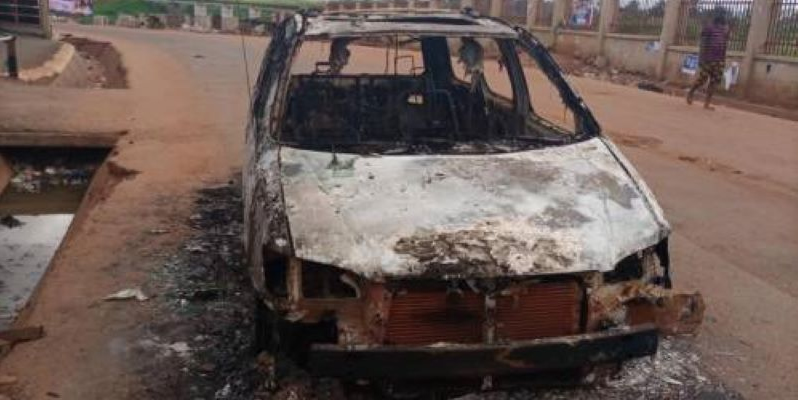 The assailants also burnt a Toyota Sienna minivan conveying some passengers to an undisclosed location in the state at Old Orie Emene junction.

The two incidents were reported to have occurred around 6:00 am on Wednesday. 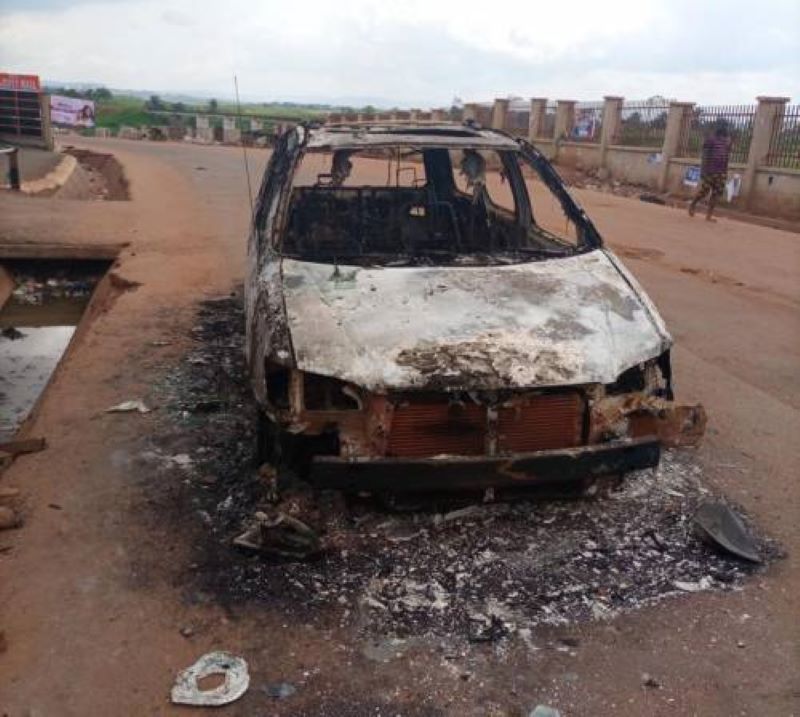 According to SaharaReporters, a source said that the hoodlums who were moving in a bus intercepted the minivan at Orie Emene junction, and discharged the occupants of the vehicle, including the driver before setting it on fire.

Meanwhile, economic activities across the state were grounded on Wednesday as a result of the sit-at-home order. Schools, markets, banks, malls and petrol stations were closed in total compliance.

Some parts of the state like Emene, New Heaven, Abakpa, GRA, and Obiagu, roads and streets were deserted.

The aforementioned publication reported that apart from a handful of military patrol vans spotted at Nnamdi Azikiwe Stadium heading towards Obiagu and empty police vans strategically parked at the Holy Ghost Roundabout and Ogbete main market; there was no sign of security presence.

Also, surveillance aircraft of the Nigerian Air Force has been conducting reconnaissance missions around the state capital and nearby towns since 6:30 am.

The state police spokesman, Daniel Ndukwe, could not be reached to comment on the incidents as at the time of filling this report.