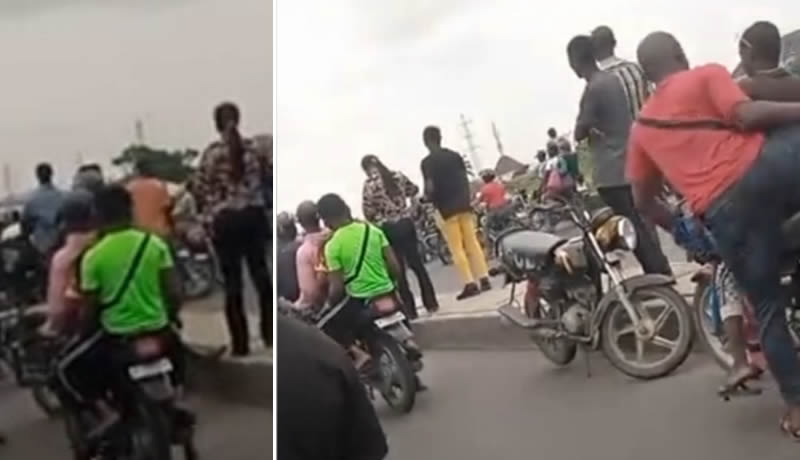 Pandemonium has taken over some areas in the Ojo Local Government Area of Lagos as okada riders have refused to obey the ban on commercial motorcycles in Lagos.

WithinNigeria earlier reported that the Lagos State Governor banned commercial motorcycles in some local governments in the state following the lynching and burning of a sound engineer known as David Imoh.

Some commercial motorcycles plying the Mile 2 – Badagry road were impounded today, May 19, by police officers from Onireke Police Station and the angry motorcyclists revolted.

They stormed the police station where some of the seized bikes were kept. They tried to overrun the station and free motorcyclists arrested by police.

Gunshots were heard ringing out in the area as police officers tried to keep them away. The motorcyclists retaliated by throwing stones at the officers.

The enraged motorcyclists then started a fire in the middle of the road, causing owners of vehicles to abandon their cars and flee.

The incident has caused heavy traffic in the area. 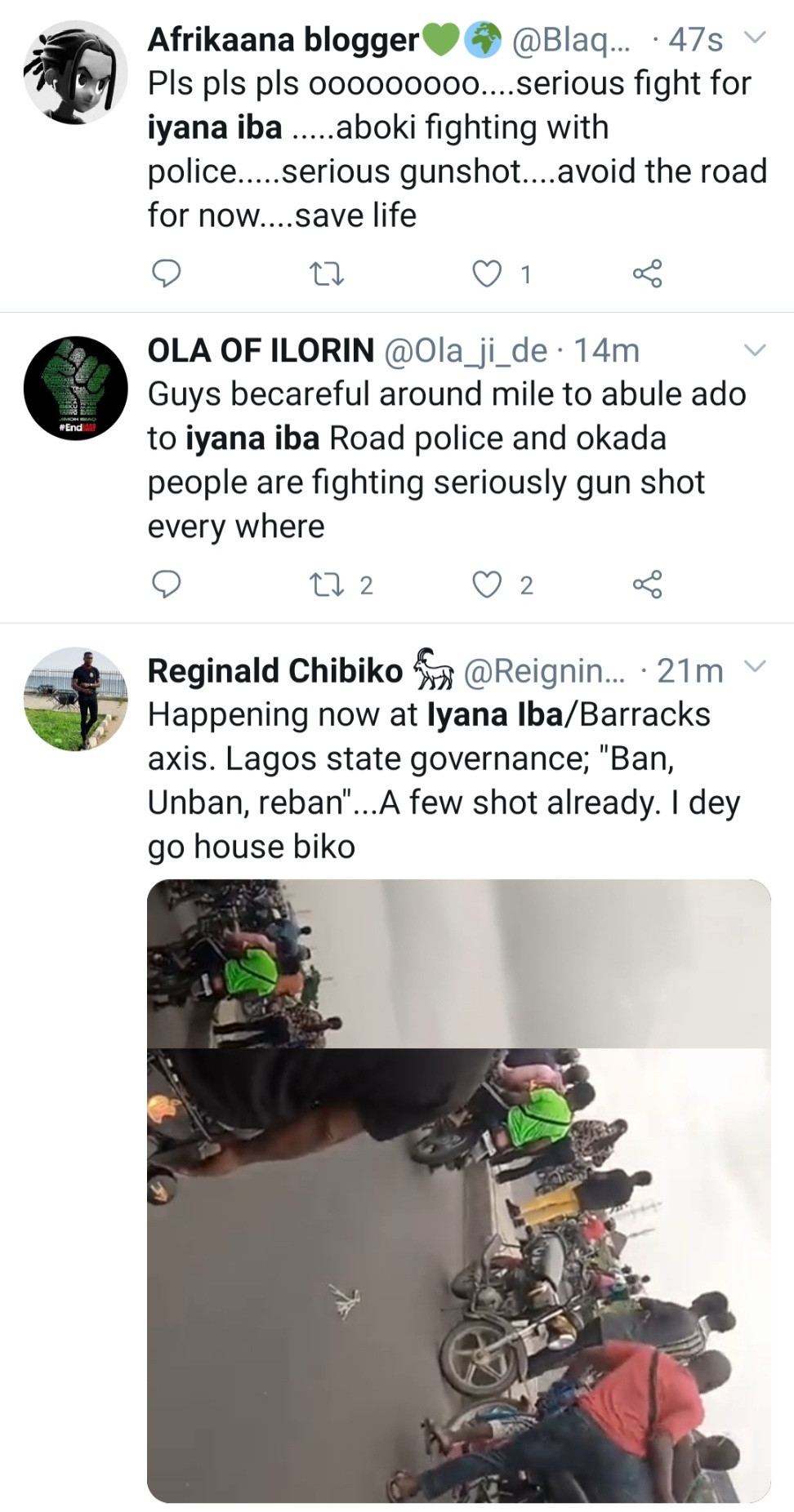