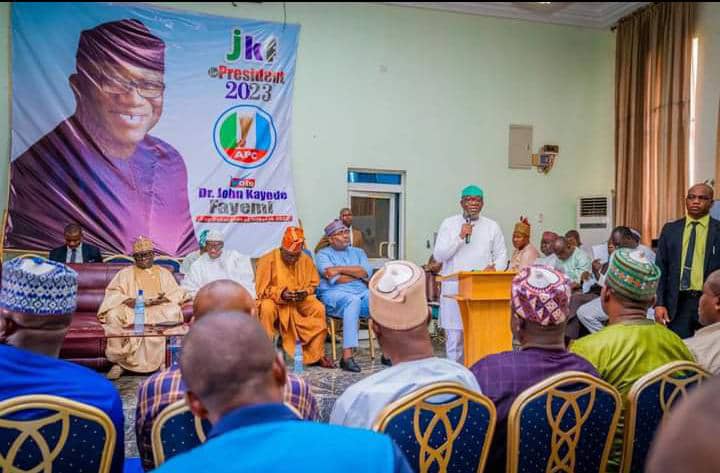 Governor of Ekiti, Kayode Fayemi has stated that he does not use the state’s resources to finance his personal or political trips.

Recall that a report had accused nine serving governors of “squandering millions of naira on private jets” to move around the country for their presidential bids.

Reacting to the development in a statement on Friday, Yinka Oyebode, chief press secretary to the governor, described the report as “inaccurate and misleading”.

He said the governor only uses a private jet in peculiar situations, and that the cost is supported by friends.

“The unduly generalised report, titled; ‘Wike, Fayemi, Tambuwal, six other governors squander millions on private jets,’ is not only inaccurate and misleading, it is bereft of facts, which made it fall short of the journalistic standard for which the Daily Trust is known,” the statement reads.

“One wonders how the newspaper arrived at the number of chartered flights purportedly taken by the governor in the course of his recent political activities, which it put at 16.

“We also consider it poor journalistic work for the newspaper to assume that all the trips to the states mentioned in the report were via private jets.

“For the avoidance of doubt, while it is correct that Governor Fayemi occasionally uses private jets to get to some difficult to reach places and when commercial flights disappoint, alternative arrangements are made for such trips, more often than not supported by friends.

“It must be stated that Governor Fayemi does not use state resources for his personal or political trips, as these are distinct from official trips.

“While we do not dispute the role of the media to inform the public, we are of the opinion that such should be done with due regard for fairness and accuracy of information.

“We, therefore, challenge the newspaper to provide evidence that Ekiti State funds were used for private jets. Otherwise, we demand that the report be retracted.

“Governor Kayode Fayemi, a man of high ethical standards, holds dear the tenets of financial discipline and accountability in his public service engagements.”