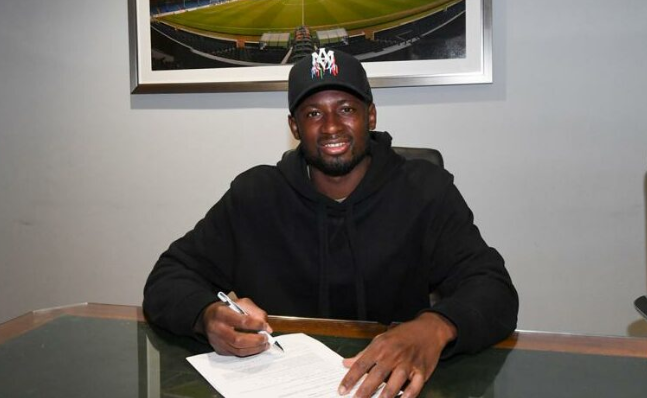 Super Eagles defender Jamilu Collins has ended his long stay in Germany as he has officially signed for the Welsh club, Cardiff City.

The Championship side confirmed the signing of the 27-year-old defender via an official statement on their website on Friday.

Jamilu who has been with German side SC Paderborn 07 since September 2017; making 137 appearances for the Bundesliga outfit, was signed on a two-year contract with his new club.

Upon agreeing to his deal at Cardiff City Stadium, Collins said: “I’m really excited to be in Cardiff, and I can’t wait to get started.

“The Club has a great history, and when I got the call to come to Cardiff, I was so excited, I couldn’t resist. I’m looking forward to the challenge of the new season.

Cardiff boss Morison said: “I’m over the moon. We’ve been monitoring him for a long period, and we’re really pleased to get him signed.

“He’s a great athlete, a really good left-back, and can play in that left wing-back position as well. I’m really pleased that we’ve got competition for places.

Jamilu has 25 international caps for Nigeria to his name and featured at this year’s Africa Cup of Nations for the Super Eagles.

According to WalesOnline, the Bluebirds made extensive research on other Nigerian players before making a decision on Jamilu.

One of those said to have been contacted is former Cardiff defender Semi Ajayi, currently at West Brom and also Collins’ team-mate at the international level.

Jamilu began his career with HNK Rijeka and spent time with fellow Croatian clubs NK Pomorac, HNK Šibenik, and Istra 1961 before making the move to Germany.

Cardiff City finished 18th on the Championship table this season but they are hopeful with more quality signings like Collins they could push for a return to the Premier League.

The last time they played in the top flight was in the 2018/19 season.