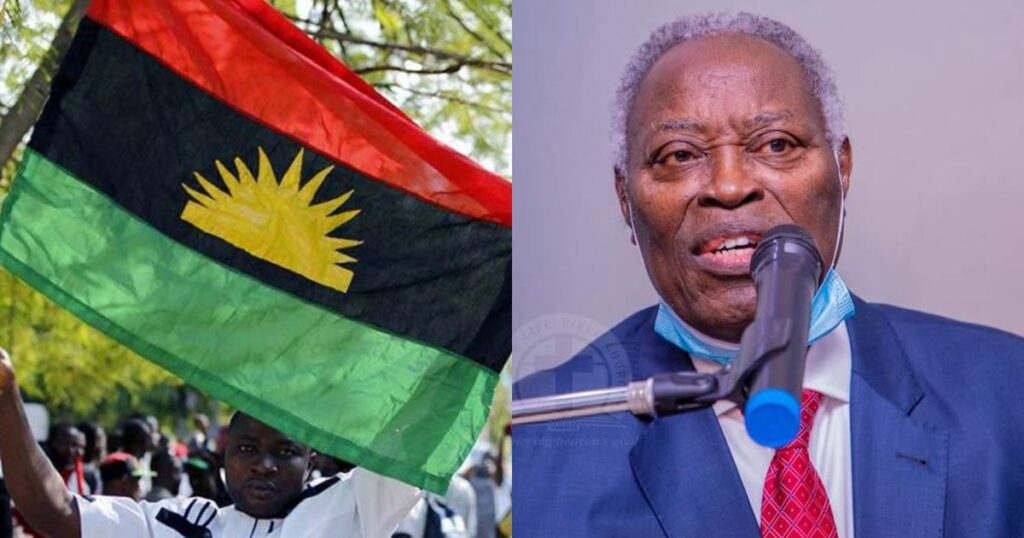 Pastor William Kumuyi, the General Superintendent of Deeper Life Bible Church, has been urged by the Coalition of South East Youth Leaders (COSEYL) to ignore threats made by the Indigenous People of Biafra (IPOB) and proceed with his planned crusade in Aba, Abia State.

WITHIN NIGERIA reports that the crusade is scheduled to take place in the city.

IPOB had cautioned Kumuyi against the idea of holding a crusade in Aba, saying that the safety of those who attend could not be ensured.

However, COSEYL stated in a press statement that there was nothing like a threat to the city’s security, that the people of the city require gospel, and that we are ready to listen to Kumuyi. This statement was signed by COSEYL’s President General, Mr. Goodluck Ibem.

The press release read in part: “We call on the General Superintendent of the Deeper Life Bible Church, Pastor William Kumuyi to ignore the warning of Emma Powerful, spokesman of the Indigenous People of Biafra, IPOB, urging him to cancel his crusade in South East based on security concerns.

“In South East, politicians, political parties are organising their campaigns, people are doing burial ceremonies to bury their love ones, white wedding and traditional weddings are going on and Emma Powerful did not tell them not to do their programmes and same person is warning the General Overseer of Deeper Life Bible Church not to go ahead with his crusade. Something is really fishy in his statement.

“We are really surprised how Emma Powerful became so concerned about Pastor Kumuyi’s security. Kumuyi is a Man of God protected by the Most High God. It is not the business of anyone to worry about how Almighty God protests his servants. For Emma Powerful to suddenly ask the Man of God to call off his scheduled crusade leaves much to be desired.”

Muslim-Christian ticket: Kumuyi wades in, tells leaders what to do

Why we listen to Kumuyi – Buhari’s aide, Femi Adesina

The group said Powerful may not understand the import of his statement by stopping Kumuyi from coming to South East.

They said such statement was capable of causing serious friction between the South East and the South West.

“We call on Emma Powerful not to make such statement next time concerning a man of God, serving the Almighty God.

“We call on Pastor William Kumuyi to disregard the statement by Emma Powerful and come to South East to preach the everlasting gospel of Jesus Christ to our people.

“South East is very safe. Businessmen and women have been coming to do their business without any molestation whatsoever. We call on Emma Powerful to leave Christianity alone and concentrate on his agitation for Biafra,” he said.