A former Senator representing Kaduna Central in the 8th Senate, Shehu Sani, has described the beheading of Anambra lawmaker, Okechukwu Okoye, as an act of lawlessness and barbarity being spread in Nigeria.

WITHIN NIGERIA had reported that Okoye’s head was found on Saturday without his body at Nnobi in Idemili South local government area where it was hanged.

This publication recalls that Okoye, who represented Aguata II at the State House of Assembly was abducted by unknown gunmen sometime last week.

Sani said the gruesome murder shows there is an even spread of lawlessness in all parts of Nigeria.

The former federal lawmaker on his Twitter page wrote; “The Beheading of the Anambra lawmaker Okechukwu Okoye by terrorist gunmen is cruel and condemnable.

“There’s even spread of lawlessness and barbarity in all parts of the country.”

Meanwhile, Anambra State Governor, Prof. Charles Soludo, has placed a N10m reward for anyone that identifies the killers of Okoye.

“A daring devil” – Shehu sani reacts to attack on… 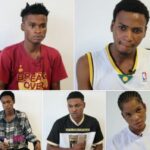 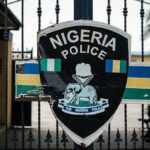