According to PUNCH, security sources said the operation was a result of the strategies put in place by the Delta State Commissioner of Police, CP Ari Ali, following killings, arsons, kidnapping, and armed robbery attacks on innocent civilians and policemen while on duty and their rifles taken away.

It was gathered that the security forces, following the CP’s directive in the fight against crime and criminality in the state, as a result of an intelligence-led investigation, stormed the criminal hideouts around the Kwale area in their sting operation. 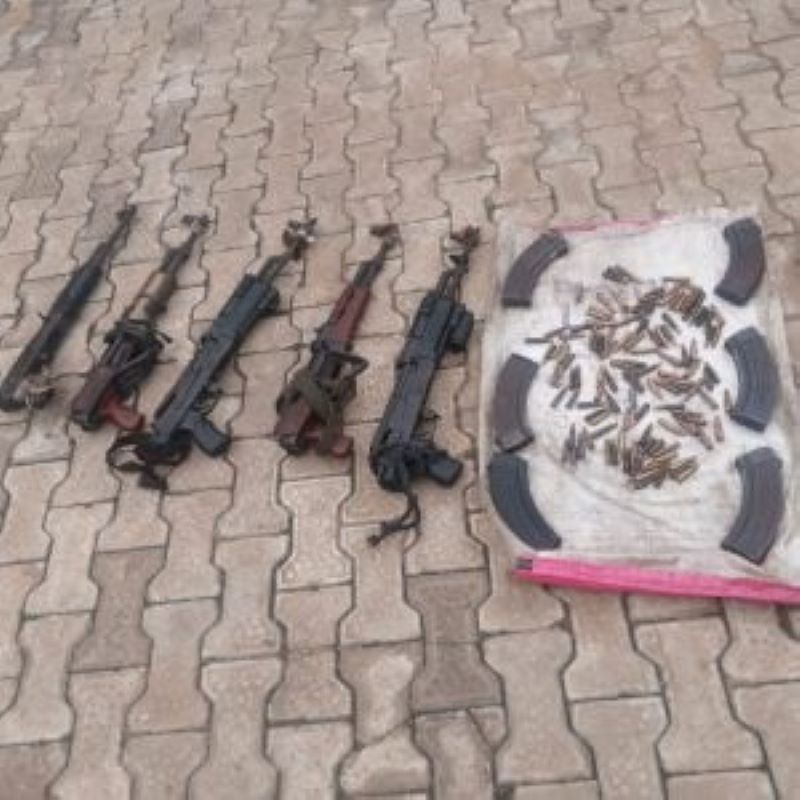 Security sources further said the criminals, who were armed with AK47 rifles and charms, on sighting the police, shot sporadically at the officers and the team equally engaged them in a fierce gun battle.

Five AK 47 rifles, six magazines and 117 rounds of 7.62mm ammunition were recovered from the criminals.

The Commissioner of Police, while assuring residents that the Command would continue to sustain this tempo, urged members of the public, vigilantes, Anti-Cult volunteers and other non-state actors to continue to partner with the police with a view to ensuring that Delta State would never be a safe haven for criminals.

The CP stated that the Command would not relent in its effort towards arresting and ensuring that the fleeing hoodlums were brought to book.