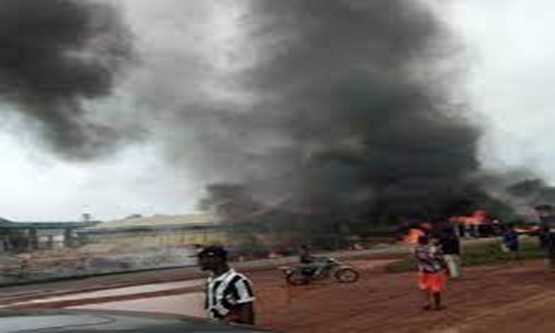 Ohanaeze Ndigbo, a socio-cultural group of the Igbos, has reacted to the incessant killings in several parts of the South East.

Reacting, Ohanaeze Ndigbo in a statement signed by its spokesperson, Dr Alex Ogbonnia, said the Igbo were at loss over the ugly development in Igbo land.

“Sometimes, we begin to wonder whether the local non-state actors have the strategic capacity to overwhelm the well-fortified correctional centres, police stations, etc or the benefits one stands to derive from such savagery.

While we are still mourning the gruesome murder and the cruel display of the head of a serving member of the Anambra State House of Assembly, Hon. Okechukwu Okoye, a report was received that some Northerners were killed in some locations in the same Anambra State.

As it stands, burning of buildings, police stations, killing of human beings, kidnappings, etc have now become a daily occurrence in Igbo land. This is a very sad development.

Ohanaeze Ndigbo faults the remark by the Commissioner of Police in Anambra State, Mr Echeng Echeng, to the effect that community leaders are shielding the criminals thereby rendering investigations and arrests very difficult. It is important to inform that in Anambra State for instance, almost all the communities are hosts to numerous strangers beyond the compass of the community leaders.

A community such as Nnewi, a commercial nerve centre, is so sophisticated with strangers and economic activities beyond the aerial view of the community leaders. It is as inconceivable as to expect the Olubadan of Ibadan or the Oba of Benin or the Emir of Kano to monitor the crime rate in their highly populated domains. To shield a criminal is to hide a viper-snake in the pocket.

While commending the Anambra State Police Command for their gallantry, commitment and sacrifice, we urge all the community vigilantes, youths, community leaders, traditional rulers and all well-meaning Igbo to rise to the occasion in collaboration with the police to wipe out this ugly trend.

For the avoidance of doubt, the Igbo have an irrepressible wanderlust and as such are inclined to hospitable attributes. Because of our outreach and frontier dispositions, we owe it a duty to be equally kind to strangers and condemn the violence that has been unleashed over our land, especially as it affects our northern brethren.

Ohanaeze Ndigbo extends our deep condolences to the Sarkin Hausawa, Orumba North LGA, Alhaji Said Muhammad and other affected Northern communities; and to His Excellency, Prof Chukwuma Soludo and the good people of Anambra State. We urge all and sundry to cooperate with the governor in his relentless effort to overcome the current security challenges in the State.

Evidently, with the menace of Boko Haram, banditry, unknown gunmen, kidnappings, Fulani herdsmen- farmers’ clashes, Monday Sit-at-home etc, there is no gainsaying that indeed, Satan is on the prowl to cause mayhem in Nigeria. It therefore requires maturity and restraint amongst the leaders, knowing full well that we shall ultimately overcome,” the statement read