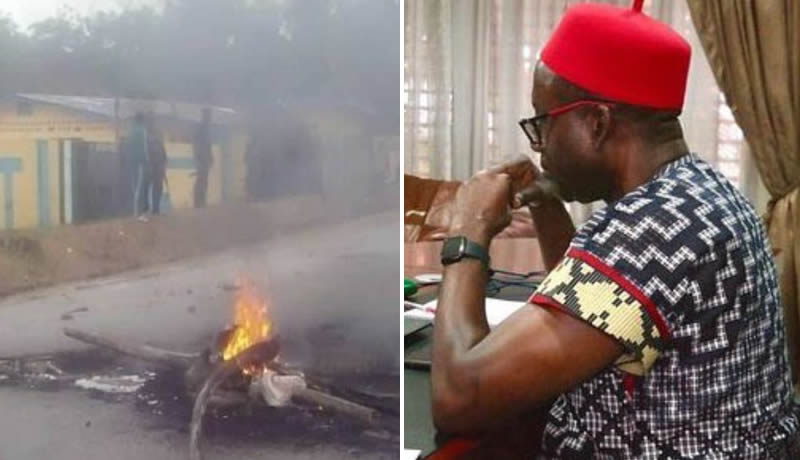 Soludo said terriorrism in the state is caused by Igbo people from other states know as the “unknown gunmen” .

The governor disclosed this in during his state broadcast where he declared a 6pm to 6am curfew in seven Local Government Areas of the state, where the activities of the hoodlums were prevalent.
The governor who also banned the use of tricycle of in many in the affected LGA, said the curfew would remain in place until peace is restored.

“Let us be very clear. These criminals causing mayhem in Anambra, albeit of disparate groups and gangs, are Igbos (dominantly from other South-East states) whose real objective is lucrative criminality and foisting their idolatrous religion on the region

“Unfortunately, every criminal gang (including cult groups) claims to be a “liberation movement”, making it difficult to differentiate between any genuine agitators from criminals. Unfortunately also, the criminals now dominate the space,” he said.

According to him, Anambra is the prime target because it is the most lucrative location for kidnapping for ransom in the South-East.

He also stated that with their immense propaganda machine funded largely by their sponsors from abroad, they have tried everything to indoctrinate the people with all kinds of false emotive narratives, and divert attention from their real objectives.

According to him, they claimed to be “fighting for the people”, and yet randomly kill the same people, destroying their livelihood, and stopping their children from going to school.

“What has agitation got to do with kidnappings including kidnapping of priests of God, invasion of churches and tabernacles including desecration of the Alters of God? Why is it that everywhere they gather and in every camp they operate, there is a Deity/idol to which they routinely offer blood in sacrifice?”

“From accounts of those kidnapped and later freed the stench of dead bodies in the camps cry up to heaven. We see videos of them and their idol worship; we note their threats to priests and bishops, including threatening to take over some churches?” he asked.

According to Soludo, “they have failed, and would continue to fail.