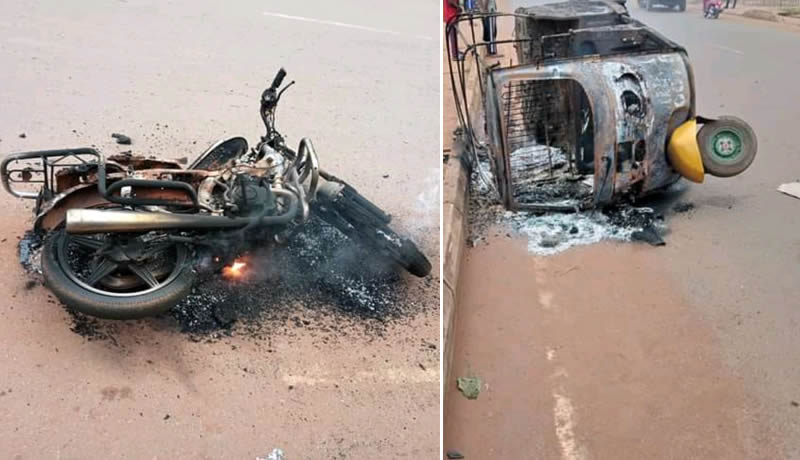 The incident which happened at the hours of today took place at the building materials market, along Urban girls secondary school, off Ikenga junction threw many residents around the area into palpable fear.

An eye witness who spoke to our reporter under anonymity explained that ” hoodlums putting on masks on motorbike ran to the tricycle driver shouting “stop there” double-crossed and dragged him out of the tricycle. After shooting sporadically in the air, they set the tricycle ablaze, ”

Another eye witness who gave his name as Chikwado told Within Nigeria that ” I was in my house washing clothes when I heard some strange noise in the building materials market. When I came I saw both the keke tricycle  and motorbike on fire. The surprising thing is that nobody was even willing to extinguish the fire.” 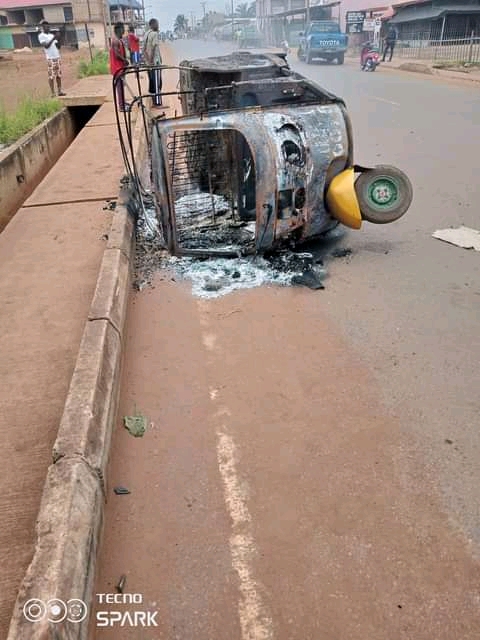 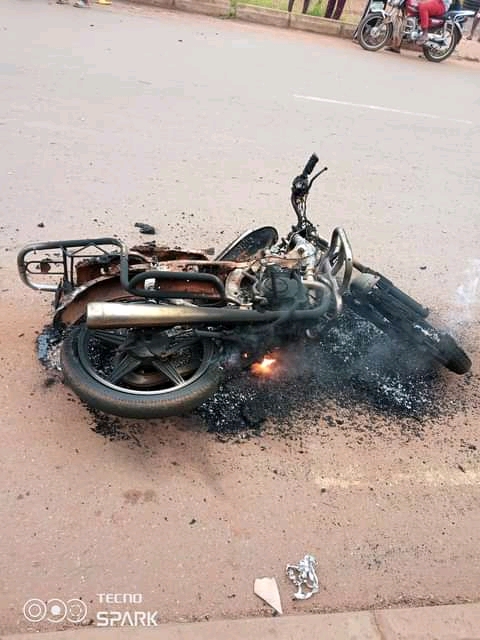 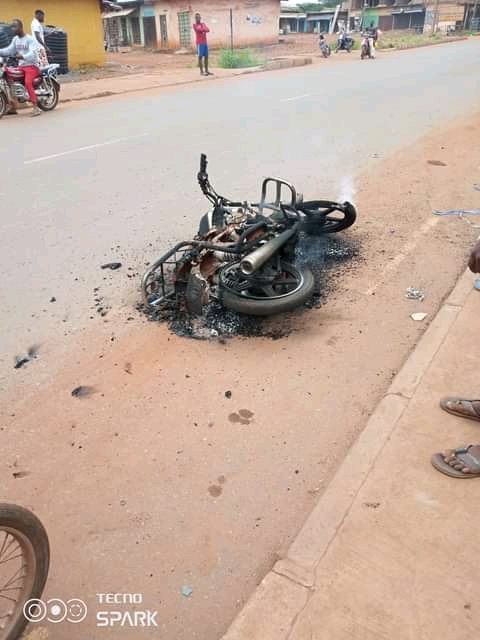 Within Nigeria investigation showed that this is not the first time vehicle, motorbike are set ablaze in Nsukka by hoodlums enforcing sit at home order.

The connection between Kuje Prison and Abuja-Kaduna train attacks

It was gathered that the spare parts were worth over ten million and till date, no single suspect has been arrested.

Also at Obollo-Afor, Udenu local government area, a Sienna vehicle belonging to the Neighborhood Watch of the council area was equally destroyed by the enforcers of sit-at-home order on a Monday last year.

However, all efforts to reach the Police Public Relations  Officer, Mr. Ndukwe Daniel to confirm the attack proved abortive as he couldn’t pick his call.

Nevertheless, a senior Police officer at Nsukka Urban Divisional Headquarters who spoke under anonymity told our reporter that the police is investigating the incident.