The Nigeria Customs Service (NCS), Lagos Industrial Command has stated that it will penalise companies that fail to register for payment of excise duty after a 14-day grace period.

This was stated on Thursday by Queen Ogbudu, comptroller, Lagos Industrial Command, NCS during a stakeholders’ meeting in Lagos.

She said the 14-day deferment will start from May 27 after which an enforcement action against defaulters will be launched.

“We are appealing to other factories that are not yet under the excise control because of the fact that they are not aware or they are hiding, they want to avoid paying excise duty, to come forward,” she said.

“We are advising them to come forward and do the needful because in a short while, we are going to go all out for them and by the time we get them, we will seal their premises and make them face the wrath of the law.

“It is not fair that one will have a factory producing sizeable goods and they are not paying excise duty while others are paying.”

Ogbudu said the essence of calling for the meeting was to engage with stakeholders and key players in the system in order to get quality feedback.

Smuggling: Over 10,000 Jerry Cans Of Petrol intercepted In Lagos –…

She lauded the contributions and dedication of the stakeholders and equally asked for their support, dedication, patriotism, and openness.

Ogbudu further reminded the stakeholders of the new federal government’s fiscal policy which had brought some items under excise control.

“We feel we cannot just wait until you come to the command, even though the command has written to you intimating you of the new policy,” she said.

“When I resumed, I made sure a reminder was sent to all your companies before the invitation to come today, to keep you abreast of the fiscal policy that is duly signed by the finance minister.

“This is the one that concerns us in Lagos Industrial and that is why we are bringing it to your attention.”

Ogbudu said factories with excise factory number (EFN) were required to apply for a revised entry of premises.

“But when you cannot lay your hands on it, you have to start afresh by applying for provisional approval before you get your final approval.”

‘It is political’ – Okowa speaks on controversy…

2023 presidency: Peter Obi is a scammer, he did nothing… 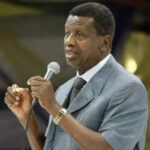 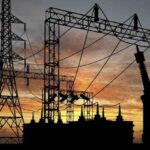 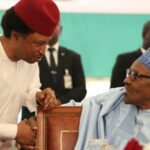 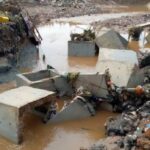