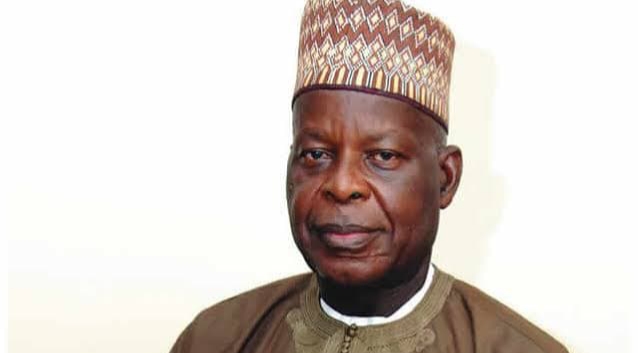 Mike Okiro, a former Inspector General of Police (IGP) has explained how some unnamed politicians allegedly “swindled” him out of all his savings when he contested Senate seat after retirement.

This was made known by Okiro when he spoke in Abuja at a programme tagged: “Presidential aspirants’ media interactive platform” organised by New Nigeria Dream Initiative (NNDI).

He explained that some group of persons tricked him to join the political race after he left office and gradually collected all his money till he was left with nothing.

The septuagenarian lambasted Nigerians for always collecting money from politicians when seeking elective positions, saying they are the problems of the government and “we have more faults than the politicians”.

The former police boss and 13th indigenous Inspector-General of Police, who served between 2007 and 2009, cautioned Nigerians to say “enough is enough” in 2023 by rejecting politicians’ money during the voting process.

He said, “Nigerians will talk about the leadership deficiency, but I say no, that is not enough! It takes two angles! If leaders have deficiency, we have followers’ complacency! Because if leaders are behaving, we just laugh, wave at them, and say walk and go! And they will do the same thing again.

“But if we say no! Enough is enough, they change! You go, they give you money for votes so that you can vote for somebody whether the person can perform or not! They give you N5, 000 and you look for four years. That means the N5, 000 is your due for four years.

Do not alienate the church, CAN tells political parties

“I am talking about this thing because once in a time, the politicians have faults but we have more faults than the politicians. I have an experience, let me share the experience, I corrected myself and I said bye bye to that thing.

“I contested election in Abuja here, Senate. I was on my own when they called me to come and contest. I said I have just retired, they said no, come and contest! I said Okay, I will discuss with my wife. I told my wife and she said I am afraid.

“They told me the former man was not doing very well but I should come and try. You want me to give more but where do I get money from? I said okay, let’s do it this way, assuming I now go to borrow money or sell property to give to you, and I am elected, of course, the first thing I will do is to pay back that debt and all the property I sold, I buy them back.

“I know that after four years, there will be another election, I will reserve money for that election so that I will not borrow again. You people are the fault of this government. We should say no to election vote sellers.”

He added that Nigerians should jettison voting of political parties and ensure they bring in someone with good track records who can deliver dividends of democracy to them.

He added, “We’re not going to follow bad wagons, we are going to vote for people irrespective of their political parties. It can be A B C D or UAW or whatever party. We will look at individuals. Is he good?

“Look at his track records! Look at people who are qualified, not where they come from, irrespective of the party they belong to, to make sure that if they rule us, the dividend of democracy will reach everyone.”