Former Super Eagles coach Gernot Rohr, has spoken about his worst moment with the team and sack by the Nigeria Football Federation after qualifying the team for 2022 AFCON in Cameroon and Qatar 2022 FIFA World Cup play-off.

Speaking with PUNCH, Rohr also talked about playing at the Russia 2018 World Cup and more.

What have you been doing since you parted ways with the Super Eagles?

I spend my time with family. It’s been a few years since I have had the time to be with them, especially the children. It’s a nice change.

Did the NFF fulfill their financial obligations after parting ways with you?

No, they haven’t, nor have they done their part with my staff also. My staff is still waiting for the bonuses for the last game we won together.

I’m happy that FIFA said I was sacked in a breach of contract for no just cause. This is the most important for me and for my honour. I asked for what they owe, of course, so FIFA said they should pay and pay all the salaries until the end of my contract, like you know. Yet it’s still not done.

How did you feel with the Eagles performances at the 2021 AFCON and 2022 World Cup playoffs, knowing you were the man who qualified them for both events?

I think we built a really good team that could have done better if we carried on with the momentum we had. I was sad for the players because they deserved better.

Do you think you would have done better than Austin Eguavoen, who took over the team from you?

I cannot go into personal things here. I just know we had a good team, and we built a good momentum that could have carried us very far.

Even though you were winning some of the games, there were criticisms about the sluggish style of the team. Do you think the criticisms were justified?

We were getting the desired results and we were not sluggish. We played attacking football scoring a lot of goals and having good goals scorers all the time, you know them, (Odion) Ighalo, (Victor) Osimhen and others. We created chances in all the games, even in the ones we lost or maybe drew. The most important was to get results and also to allow young players to progress and to learn.

The defeats to Madagascar at 2019 AFCON and to 124 ranked Central African Republic last year angered fans. What caused the losses to these opponents, who were ranked far below your team?

Football is not a game of small or big teams; you can lose to anyone at any time. It’s a part of the game. Argentina lost to us in the friendly, Iceland lost to us in the World Cup, Brazil drew with us, and we played with a very young team, and they still had to learn. The (African) champions Cameroon lost to us in World Cup qualifiers and AFCON. There are so many examples.

You were also accused of poor substitutions at the World Cup, especially against Argentina, when we should have qualified at 1-1 but lost 2-1. Do you agree?

It’s always easy to criticise things when they don’t go well. When we won in Cape Verde last September, (NFF) President (Amaju) Pinnick said to the players in the dressing room after the match that I am a great coach, one of the best coaches and two months later, he sacked me.

In Benin City, your team also lost a four-goal lead to draw 4-4 with Sierra Leone, with fans allegedly attacking the team bus. Is this true?

Yeah, I was in the bus, and I didn’t see any attack, no violence, nobody had a problem, no injury, no personal attack. So, I cannot make any comment.

How did you feel when we exited at the group stage at the World Cup in Russia?

I was disappointed, but it was the youngest team of the World Cup. We all must accept this lack of experience in the last minutes of games and also, there were regrets because of the penalty, there was a clear handball for us and unfortunately, no second penalty (was given to us). After our last World Cup game against Argentina, we got many congratulations for the performances of our team, the youngest in the competition.

No manager will feel hundred per cent. It can always be better, but it can also be worse. The bigger picture is when we came Nigeria was 67 in FIFA rankings and 13 in Africa. When I left, Nigeria was 32 in the world and fourth in Africa.
Beating Argentina in a friendly in 2017 should possibly be the best moment of your time with the Eagles. Is it?

There were many good moments for me. I enjoyed a lot of support and solidarity from my players and my staff, and also with our really good fans. We had great celebrations in Uyo after the World Cup qualification and in Egypt when we got the (AFCON) bronze medal.

When was your worst moment with the Eagles?

Yes, the worst day was when we were supposed to celebrate that we had qualified for the play-offs and we were called to say that we are sacked, unfair and painful.

Reports quoted you as saying some NFF officials tried to impose players on you. Did it happen frequently and did these officials succeed sometimes?

In an interview with ESPN, NFF boss Amaju Pinnick said you ‘had lost the dressing room’ and ‘discipline in the team was at its lowest ebb,’ one of the reasons you were asked to go. How true is this?

That is totally untrue. I was like a father to the boys, and you only need to see the messages of solidarity, support and shock when the NFF made the decision to know that we were still together. In each family, there can be difficult moments, tensions, but it’s because we are all alive. 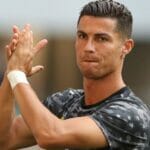 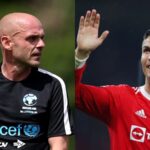 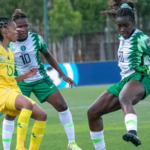 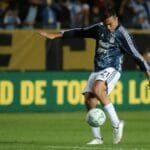 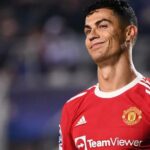 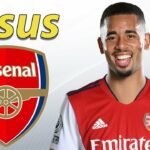 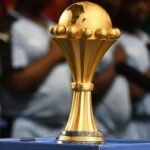