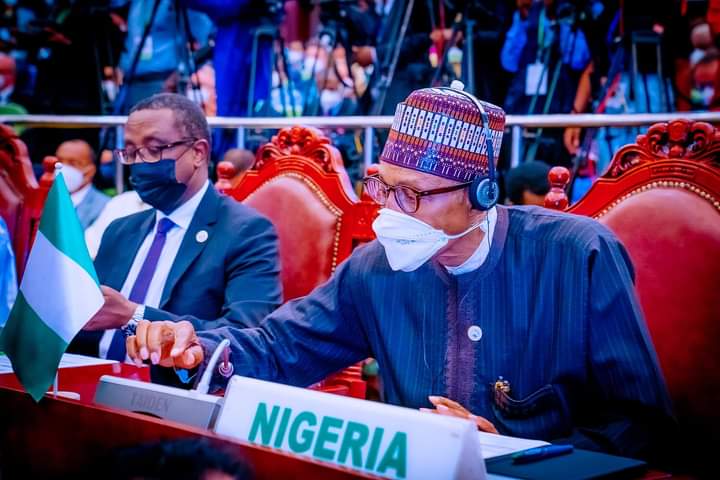 President Muhammadu Buhari has called on African leaders to respect the rights of citizens to make their choices during elections.

This was made known on Friday by Buhari at a bilateral meeting with Lazarus Chakwera, president of Malawi, on the sidelines of an extraordinary summit of the AU in Malabo, capital of Equatorial Guinea.

Buhari said to strengthen democracy and ensure smooth conduct of elections, “we must convince the people that we respect them”.

“This is by allowing them to choose whoever they want as their leaders,” he added.

The Nigerian president, who said the path to democracy in African countries had not been smooth, also spoke on how he went to the supreme court thrice to contest the electoral process before he became president.

“We are aware of the problems of Southern African countries, more than most others,” Buhari said.

“Murtala virtually left Nigeria in the hands of his deputy, Gen. Olusegun Obasanjo, then, and faced up to Europe and America on the issue of apartheid in South Africa.

“He was very energetic and patriotic. We will continue on that path.”

In his remarks, Chakwera described Buhari as a statesman and a role model.

He said Malawi is willing to learn from Nigeria’s experience in agriculture, infrastructure development, and in managing insecurity and violent extremism, which, he said, were creeping into the South African sub-region.

He also said Malawi’s wish is for a sustainable trade relationship with Nigeria in the framework of the African Continental Free Trade Agreement (AfCTA).

Chakwera asked for the convening of a meeting of technical experts from both countries to discuss trade pacts.

“There is no way we won’t relate to the biggest economy in Africa. Our older brother should hold our hands and we walk together,” Chakwera said.

Buhari also hosted Teodoro Mbasogo, president of Equatorial Guinea, who came to thank him for honouring the invitation to the AU summit in his country.