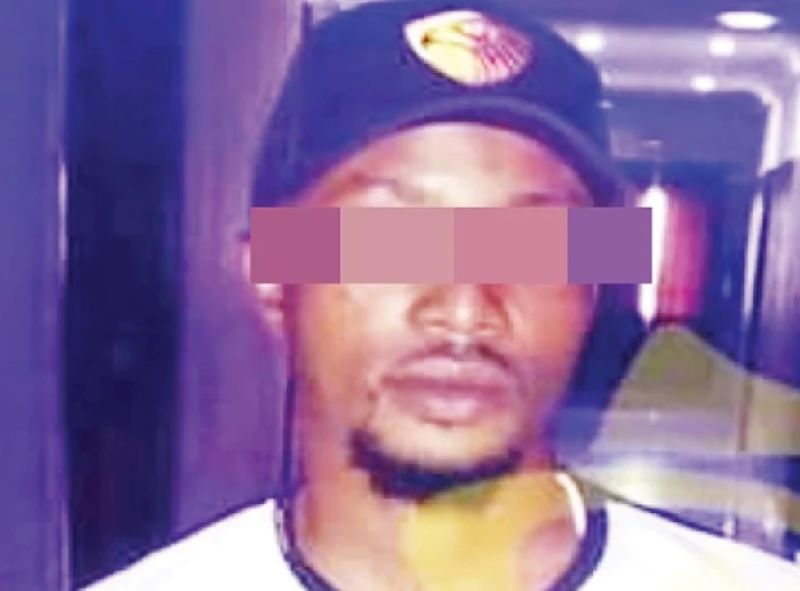 A father of seven, Azeez Balogun, has been arrested by the police over the death of his second wife, Tawa, in the Itire area of Ajangbadi, Lagos State.

According to PUNCH, Balogun’s neighbours alleged that a day before Tawa’s death, Balogun was said to have beaten her while the deceased was screaming for help. They claimed he constantly subject Tawa to torture, whenever an argument ensued between them.

Instablog9ja reported that the deceased gave birth to three children while the first wife had four children. Tawa reportedly cared for all seven children.

A video clip attached to the post showed as residents and neighbours gathered to mourn Tawa’s passing.

The person who recorded the clip lamented that Balogun abandoned his wife’s corpse at his residence and fled.

“See what happened at Itire, Ajangbadi. Husband beat his wife till she died; called his wife’s family members to come and carry her dead body, abandoned the dead body and absconded,” the resident said.

Another resident, while recording himself, said Balogun went to report himself at the Agbara Police Station (Ogun State), adding that Balogun’s neighbours attested to him maltreating his wife.

He said, “We went to Ajangbadi Police Station to report what happened, but the policemen at the station refused to attend to us and asked us to report the matter at the Agbara Police Station.

“What we gathered was that the guy was at Agabra Police Station, but we don’t believe the claim. He opened up that he killed his wife, but was not sounding remorseful at all. It was his wife’s sister that he called to carry her corpse. It was when the younger brother of his wife came that he ran away.

“The police questioned him as to why he was fond of beating his wife. We told him to come and bury his wife, but he refused. He didn’t come for his wife’s burial and none of his family members came.”

The Ogun State Police Public Relations Officer, Abimbola Oyeyemi, who confirmed the incident said, “According to the testimony of the husband of the victim, he mistakenly knocked down the wife with his car when she helped him to open the gate while he was driving out of the compound.

“We have yet to ascertain if the suspect lost control or mistakenly hit the wife as a result of brake failure or had other ulterior motives, but investigation is still ongoing to uncover the true cause of the incident that led to the death of his wife.”